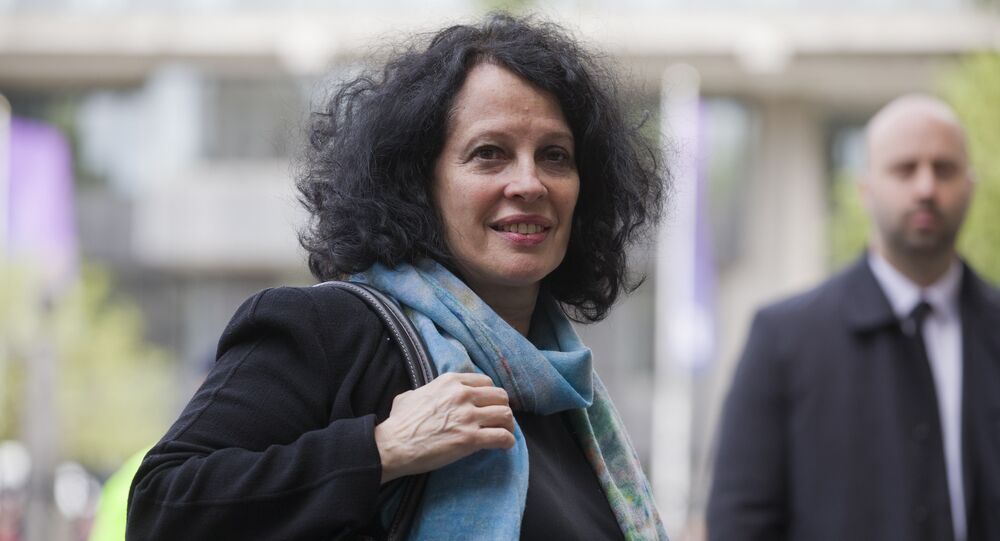 The French diplomat has become known in recent months for her consistent attacks against post-Brexit Britain and in particular, its Prime Minister. She does however concede that when it comes to Covid-19, saying “the British vaccination campaign is better than the European one - bravo for that.”

France’s former ambassador to the UK has launched a scathing broadside against Prime Minister Boris Johnson, calling him an “unrepentant liar” who has trashed Britain’s global reputation.

Sylvie Bermann, who was France’s top diplomat in the UK from 2014-2017 at the height of the Brexit referendum, has sad that Britain will no longer retain enduring global influence after departing from the EU.

In an interview with AFP News, given on the heels of the release of her new book in which she also attacks the British PM and Brexit, Ms. Bermann asked, “why, when you are very dynamic and successful and influential in the EU, why do you decide to leave?”

“It will be more difficult. And there will need to be much more effort [by the UK] to have true influence in the world,” she added.

According to the former French diplomat, the UK will struggle to find its feet particularly in the context of the emergent “Cold War” between the United States and China, who will be wrestling over greater engagement with and influence over the EU, with the UK left out in the cold.

“There is a triangular relationship [China-EU-US] and it is harder for the United Kingdom to play a role [in that],” she theorised.

In the interview, Bermann also mocked the UK for what the country often calls its “special relationship” with the US, saying that it is “above all special for the British” rather than for the Americans. She also said that before Brexit, “the United States often used the British as a bridge to relay with the EU,” claiming that now Britain has departed, “obviously it is a role that is now lost.”

While in her recent book, titled Goodbye Britannia, Ms. Bermann says that former Prime Minister David Cameron “will forever be responsible for Brexit,” she asserts that the UK’s departure from the EU would “probably never have happened” if Boris Johnson had not been such a consistently staunch champion of the cause, noting that “Boris Johnson... is a man who uses insults towards the European Union, starting with the French who he did not hesitate to call 'turds'. He is above all an unrepentant liar.”

Ms. Bermann also argues that no one realised that at the time of the Brexit referendum, held during the summer of 2016, that the Western world had entered a “new era of populism” that only became apparent following the election of US President, Donald J. Trump later that year.

“That is why Cameron was so confident [of winning the Brexit referendum]. He told the EU leaders he would win and until the end he thought it would be 'Remain'. It was a miscalculation.”