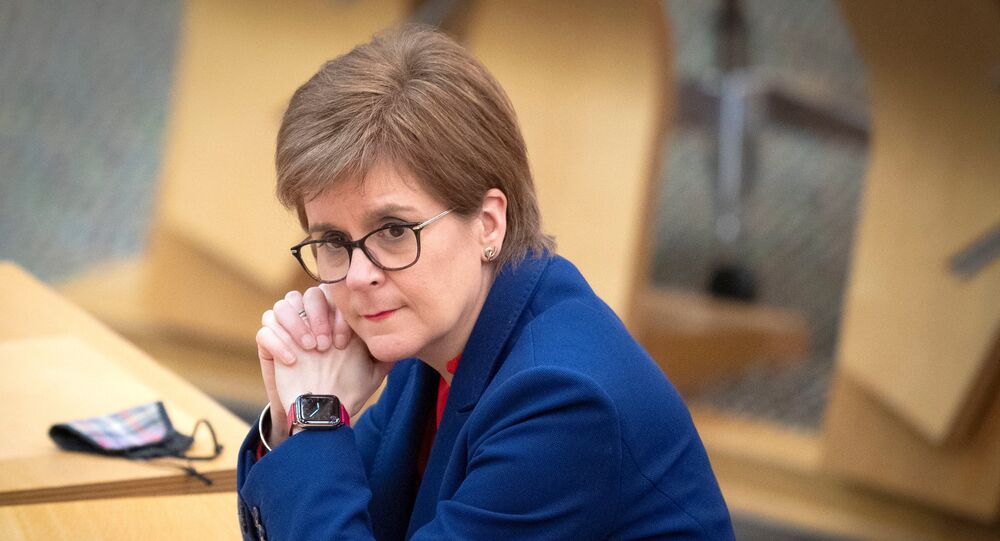 The Scottish government's legal advice from 2018, belatedly released on Tuesday under threat of a no-confidence vote in the Deputy First Minister, finally proved that First Minister Nicola Sturgeon and other officials knew their bid to pin sexual misconduct claims on former leader Alex Salmond were doomed to be thrown out by a judge.

The Scottish opposition have demanded First Minister Nicola Sturgeon resign after newly-released documents show she wasted over £500,000 pursuing since-disproved claims against her predecessor.

The Scottish Conservatives were set to table a no-confidence motion in the First Minister on Tuesday evening.

Part leader Douglas Ross said it was now beyond doubt that Sturgeon "lied to the Scottish Parliament and broke the Ministerial Code" after her deputy John Swinney finally published the government's legal advice in its 2018 judicial review battle with Alex Salmond.

"She must resign," Ross tweeted. "No evidence she can provide will counter the claims of witnesses or refute that ignoring the legal advice cost £500,000 of taxpayers’ money."

A Scottish Labour Party spokesperson said Sturgeon had “serious questions to answer" when she appeared before a parliamentary inquiry into the government's conduct on Wednesday morning.

​The documents, published late on Tuesday afternoon, finally answered whether Sturgeon squandered the money on the legal fight with her former Scottish National Party (SNP) comrade for two months when it was clear that he would win his bid to have a probe into sexual misconduct claims against him halted.

They show the government's lawyers first warned of risks in proceeding as early in September 2018, and by late October they were "very concerned indeed".

By early December, the government received legal advice from external counsel that conceding was the wisest course of action, but Lord Advocate James Wolffe — a member of Sturgeon's cabinet as well as Scotland's chief prosecutor — wanted to press on.

​​Salmond won a judicial review in early January 2019 to halt that process — which the court said was "tainted by apparent bias" — along with more than £500,000 in legal costs to be paid by the Scottish taxpayer. The government's own legal bill was over £100,000.

That revelation strengthens the argument that Sturgeon broke the Ministerial Code by failing to concede when it was clearly in the public interest to do so.

Swinney admitted in a Tuesday morning letter to MSP Linda Fabiani, the chair of an ongoing inquiry into the government's conducting the affair, that there had been "reservations" within the 2018 inquiry as early as October of that year over "prior contact" between the investigation officer and two of the accusers before they made formal complaints.

© AP Photo / Scott Heppell
Alex Salmond Tells Scottish Parliament Nicola Sturgeon's Government Was 'Tainted by Bias'
Wolffe's department continued with a criminal prosecution against Salmond for more than a year after that until he was finally cleared of all 14 charges in March 2020.

Swinney finally gave in to months of demands from MSPs on Monday after the Tories threatened a no-confidence vote in him over he repeated refusal, backed by other opposition parties — and the ruling SNP's coalition partner the Scottish Greens reportedly planned to support it.

Earlier, Tory MSP Murdo Fraser accused Swinney of contempt for expecting the Fabiani inquiry into the government's handling of the Salmond affair read through reams of legal advice overnight before questioning Sturgeon on Wednesday morning.

​Ross also seized on revelations that the SNP devolved administration had not even consulted its legal officers when the Holyrood parliament previously voted to demand the advice be published in August and November last year.