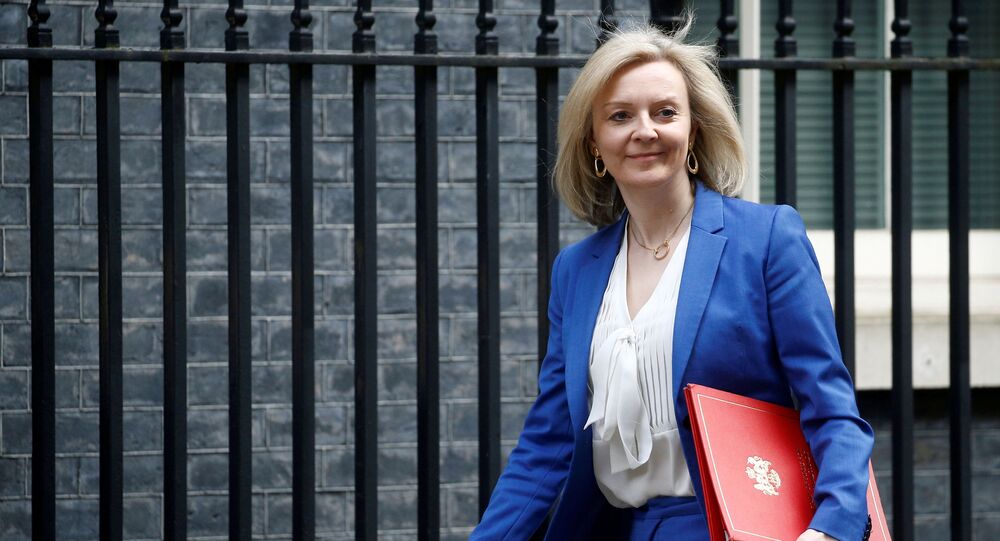 The request comes ahead of a confirmation hearing at the Senate Finance Committee set to take place on Thursday amid plans to de-escalate a major trade spat between Washington and London.

UK trade minister Liz Truss has urged a meeting with Washington to hold talks on removing punitive tariffs slapped on London while it was a member of the European Union, Reuters reported on Thursday.

“As soon as that is finished I will be on the phone to her seeking an early resolution of these issues,” Truss told Westminster, adding: “This is the way forward, not escalating the tariff battle".

The news comes after Britain unilaterally dropped tariffs on US goods to ease tensions between Washington and London.

Britain's Department for International Trade (DIT) has also launched a major campaign aimed at boosting the nation's food and drink exports amid the ongoing pandemic.

The EU imposed $4bn in tariffs on US goods with a 25 percent duty as countermeasures for illegal subsidies given to Boeing Inc. But the UK suspended its tariffs on 1 January after the post-Brexit transition period, reports found.

"As an independent trading nation once again, we finally have the ability to shape these tariffs. Ultimately, we want to de-escalate the conflict and come to a negotiated settlement so we can deepen our trading relationship with the US and draw a line under all this," Liz Truss said in early December.

The former Trump administration hit the EU with $7.5bn in tariffs for state subsidies to Airbus, sparking outcry in the UK's aerospace industry, which currently hosts a massive Airbus wing-making factory in Broughton, Wales.