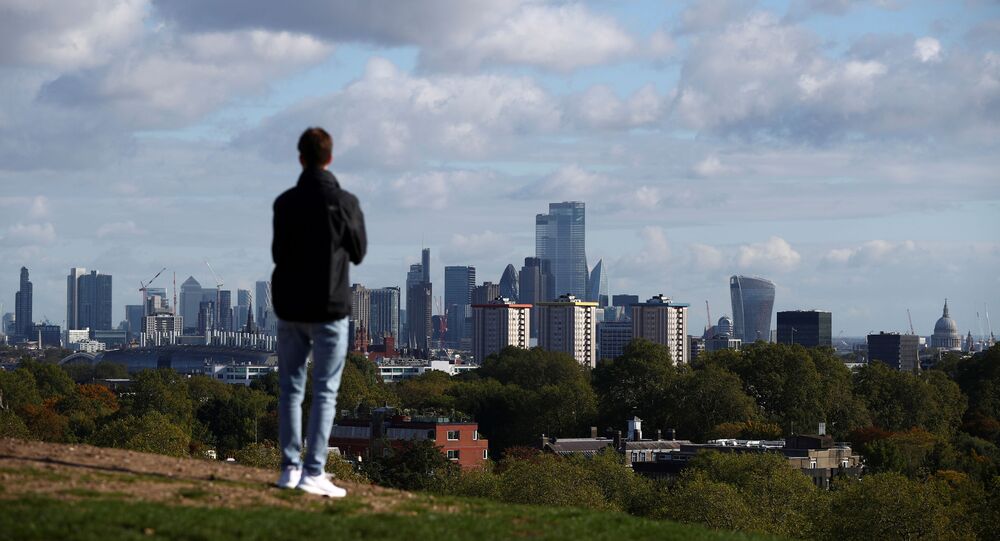 Prime Minister Boris Johnson announced the impending phased lifting of the coronavirus lockdown in the UK, as he addressed Parliament on Monday, with a reopening of the country hinging on the success of the vaccine roll-out, reduced COVID-19 hospitalisations, and whether risks are 'fundamentally changed' by new virus variants.

Prime Minister Boris Johnson’s announcement in Parliament on Monday of an "irreversible" lifting of the coronavirus lockdown in the UK by stages had been prompted by dire warnings from experts of the Scientific Advisory Group for Emergencies (SAGE), reported the Daily Mail.

While initially Johnson had hoped to schedule a reopening of outdoor pubs and restaurants, outdoor attractions and non-essential shops to coincide with the Easter Bank Holiday weekend, papers released on Monday night show that No. 10 had been cautioned by SAGE scientists against a swift relaxation of the restrictions, with the easing subsequently delayed until 12 April.

The advisers had based their warnings on compelling modelling results laid out in a document produced by the Imperial College COVID-19 Response Team regarding infections and fatalities. A range of scenarios had been modelled, including several that would have seen lockdown eased earlier, with the most recent one drawn up earlier in February.

According to it, non-essential shops, al fresco hospitality and outdoor attractions would have been allowed to open, timed to the Easter school holidays, with households allowed one indoor visitor. Subsequently, the complete opening of hospitality and the return of household mixing indoors was presupposed either in April or May.

However, the Imperial College team, including Britain’s top epidemiologist, Professor Neil Ferguson, had claimed that even a "gradual" lifting of coronavirus lockdown on 27 April, followed by a complete lifting of restrictions on 16 July, could entail a "substantial additional number of deaths", with the toll estimated to reach 58,200 by June 2022.

As they examined diverse roadmaps out of lockdown, the scientists insisted that without a phased approach, pressure on NHS hospitals would potentially peak in June at nearly 60,000 coronavirus inpatients, while full reopening of hospitality somewhere in April or May could witness the R rate soaring by as much as 0.5.

Accordingly, Boris Jonson sounded a cautious tone in his speech to Parliament on Monday, as he announced the lifting of the lockdown by stages, with Downing Street tweeted a series of graphics to explain the timetable for opening up the economy.

Each phase is to be separated by a gap of five weeks, with reviews of the pandemic situation held before the next step is taken.

“No vaccine can ever be 100 percent effective. As the modelling released by SAGE today shows, we cannot escape the fact that lifting lockdown will result in more cases, more hospitalisations and sadly more deaths. This would happen whenever lockdown is lifted because there will always be some vulnerable people who are not protected by vaccines.”

The first reopening stage is to be divided into two parts – 8 March and 29 March, while the second could begin as early as 12 April, the third - by 17 May, and the fourth by 21 June. It was underscored that delays are potentially possible, hinging on the coronavirus situation.

Total number of People tested in the UK since May 28th is 53.89 million#COVIDー19 #Covid19UK pic.twitter.com/OJMhMVNSqs

​Johnson emphasised that he would be led by "data not dates", as he dismissed criticism for his 'cautious' roadmap adding:

"We cannot escape the fact that lifting lockdown will result in more cases, more hospitalisations and sadly more deaths."

Chief Scientific Adviser Sir Patrick Vallance also echoed the sentiments, saying: “The sooner you open up everything, the higher the risk of a bigger resurgence. The slower you do it, the better.”

"Of course, the UK government has a push and pull issue, which is how long to maintain lockdown and how soon to come out of lockdown. So the decision has been made to slowly come out of lockdown because the case numbers are coming down, hospital admissions are down. Unfortunately, of course, the community case numbers are still quite high. And, of course, the vaccine programme has also started. So it is a balancing act. Only time will tell whether the decision has been a right decision. It is very, very finely balanced. But the good thing that the most vulnerable people, the ones who, if they get infected, could die, are being protected very, very quickly by the vaccine", says Dr Bharat Pankhania, senior clinical lecturer at the University of Exeter Medical School.

Dr Pankhania continues: "So you could argue that this is a balanced, measured action, but only time will tell if it worked out in the right direction or not. We have to be careful because if we drop all our guard and start mixing again, we can get cases and cases in the younger age group and younger people can also get infected and some of them with severe illness. So it's going to be very, very testing to see how it was".

Under Johnson’s four-point roadmap, schools in England will reopen from 8 March, with the next stage of loosening restrictions coming on 29 March.

​By then the Rule of Six is set to return, extended to allow two households to gather, while tennis courts and golf courses will reopen.

Shops, hairdressers and pubs are still to remain closed until 12 April at the earliest, with campsites and holiday lets reopening mid-April for single households.

According to the plan, international travel is likely to become possible no sooner than at least 17 May. Social distancing rules will stay in force until 21 June at the minimum. The government will conduct a review to decide their future after that date.

Sports are scheduled to return from 17 May, with venues to offer reduced capacities. From the same date, weddings can be attended by up to 30 people.

All pandemic-imposed legal limits on social contact are estimated to be relaxed on 21 June, with remaining elements of the hospitality sector allowed to open.

Boris Johnson Unveils 'Roadmap' to Get England Out of Lockdown