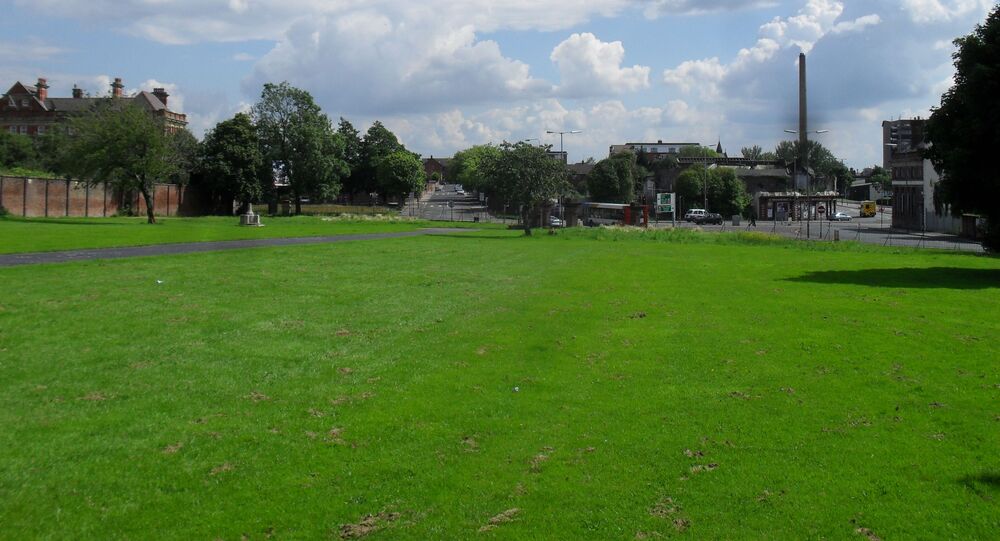 A spokeswoman for the city council has announced that emergency duty officers have "made the hole good" – a witness said she had to flee the spot quickly.

A massive sinkhole has appeared in Grant Gardens, a public park in the city of Liverpool.

The park, which was opened over a century ago in 1914, was previously a cemetery known as the Liverpool Necropolis where thousands were buried. The Daily Mirror points out that, while memorials were removed from the site, the graves themselves remained.

"Grant Gardens was originally a cemetery in the 19th century and was turned into a public park in the inter-war years," a Liverpool City Council spokeswoman said as quoted by the newspaper. "The sinkhole is the result of a former crypt that was not filled in correctly at the time."

A local resident named Shirley Hand who managed to get a glimpse of the sinkhole before the area was cordoned off, reportedly said that they "had to get off the grass quickly" because it was "sinking" beneath their feet.

The city council spokeswoman also noted that "emergency duty officers attended the site at the weekend and have made the hole good and a mound will now be created."

"We imagine the wet weather contributed to it being formed," she added.