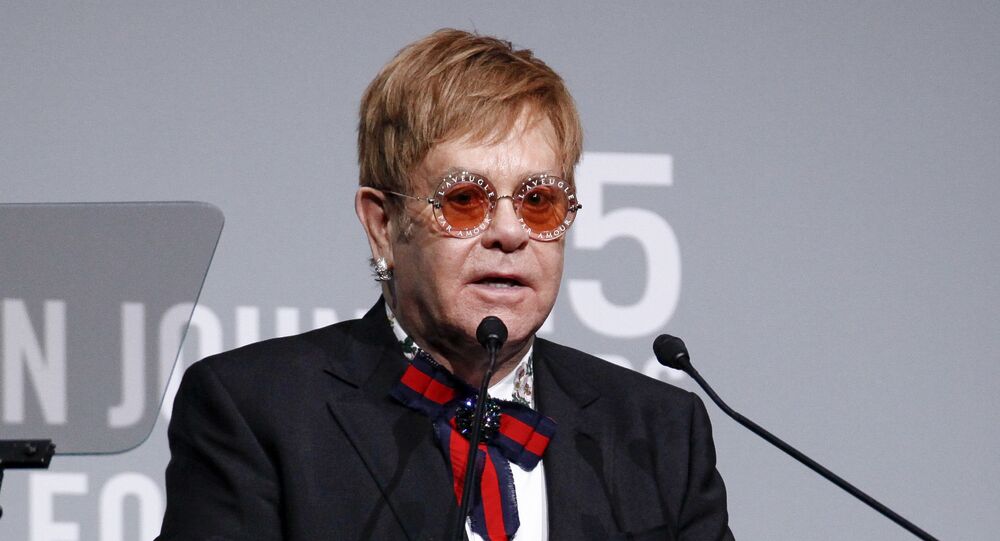 Complaining about how “workers from some professions” can still travel on business without visas but musicians can’t, the singer said that Brexit negotiators “screwed up.”

Famous English singer and composer Sir Elton John has lambasted the terms of the Brexit agreement, voicing his grievances in an article he penned for The Guardian.

In his op-ed, John complained about the fact that British artists who wish to perform in Europe will now require "visas, work permits, and equipment carnets for each country they visit" due to Brexit. He described the situation as "an administrative nightmare that vastly increases the cost of staging a European tour."

"Of course, none of this affects me. I’m lucky enough to play big venues and have a huge organisation supporting me. My tours can absorb these costs, and I have people working for me who can sort out the admin," the singer wrote. "But in a way it does affect me, because I don’t want to live in a world where the only artists who can afford to tour properly are those who have been going for decades and have already sold millions of records."

Sir Elton berated the efforts of Brexit negotiators, pointing out how, unlike musicians, "workers from some professions are still allowed to travel on business without applying for a visa" even though "music is one of Britain’s greatest cultural exports," which contributed some £5.8 billion to the country’s economy in 2019.

"Either the Brexit negotiators didn’t care about musicians, or didn’t think about them, or weren’t sufficiently prepared. They screwed up. It’s ultimately down to the British government to sort it out: they need to go back and renegotiate," he remarked.

The singer also pointed out that "renegotiating freedom of movement is complicated and is going to take a lot of time," arguing that musicians require a "short-term fix."

"We should set up a support organisation, funded partly by the music industry itself, where artists who don’t have the kind of infrastructure that I benefit from can access lawyers and accountants to help them navigate the touring problems created by Brexit," he suggested. "The pandemic has put a stop to live music in the immediate future, so we should use the window of opportunity we have now to set this support organisation up."