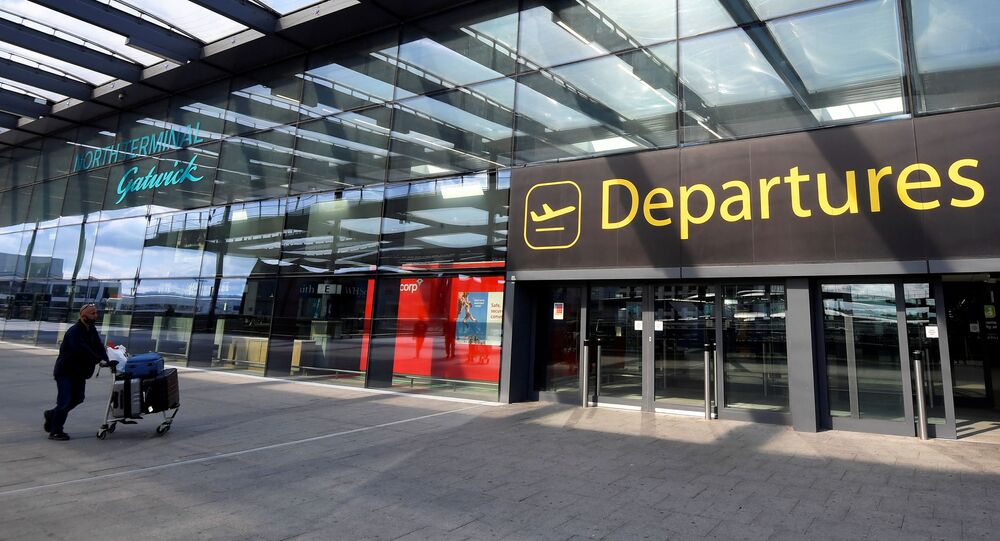 Campaigners for living conditions for EU migrants in the UK have deemed the initiative as controversial, saying the financial incentives are in direct contradiction with the government’s assurances that they are set to help vulnerable EU nationals on British soil.

EU citizens living in the UK appear to be eligible for financial aid to return to their native countries under a special longstanding scheme that previously encouraged immigrants from other parts of the world to do the same, The Guardian reported, adding, though, that the scheme has caused mixed feelings with many.

The scheme, which envisages compensation for flights and up to £2,000 for voluntary resettlement, was expanded to include European nationals starting from 1 January.

“Some people may choose not to obtain status under EUSS and may not wish to remain in the UK after the deadline. That is why we have written to stakeholders to inform them that EEA nationals who wish to leave the UK may now be eligible for support to help them do so under the voluntary returns scheme”, a government spokesman told the edition, referring to a regulation that obliges those who would like to stay in the country post-Brexit to make sure they have applied for the EU settlement scheme (EUSS) before 30 June.

The move promptly sparked a controversy, with experts working with migrants pointing out that the offer of money in exchange for a swift return back home goes against the government’s claim that it was doing everything in its power to encourage people to register for settled status post-Brexit.

© REUTERS / Stringer
China Catching Up to US in Artificial Intelligence, Brexit to Hit EU's AI Capabilities, Report Says
“This mixed messaging around settled status on the one hand and voluntary returns on the other, seriously undermines the government’s claim that the rights of vulnerable Europeans will be protected after Brexit”, said rights activist Benjamin Morgan, who runs the EU homeless rights project at the Public Interest Law Centre.

Another contentious point is the fact that by far not all immigrants, many of whom are employed in crucial economic sectors in Britain, are well aware of a concrete deadline that they have to meet to effectively apply for settled status and not be made illegal migrants overnight.

For instance, a report by the Joint Council for the Welfare of Immigrants (JWCI) warns that “the very people we are relying on to pull us through the COVID crisis – are in real danger of being left behind by the EU Settlement Scheme”, citing European citizens currently labouring in key worker roles in the care sector, as well as those in construction, manufacturing, and agriculture.

Of 295 care workers surveyed by the non-profit, one in seven couldn’t say with certainty what EUSS stands for, one in three had not heard about it before directly contacting the Immigrants Council, and one in three did not know there was a deadline for the settlement scheme, nor when it was.

After the UK exited the bloc in early 2020 and the transition period expired on 31 December, the UK's points-based post-Brexit system went live.

Since 1 January, most foreign nationals, including from the European Union, who want to work in the UK have to apply online for a visa.

Those seeking a skilled worker visa will need a job offer, to be proficient in English, and earn at least £25,600, thereby qualifying for at least 70 points.

They can also gain extra points for better qualifications: for instance, 20 points for a PhD in science, technology, engineering, or maths, or a job offer for a profession that the UK has a shortage of (also 20 points), even if it doesn't pay as much as stated above.