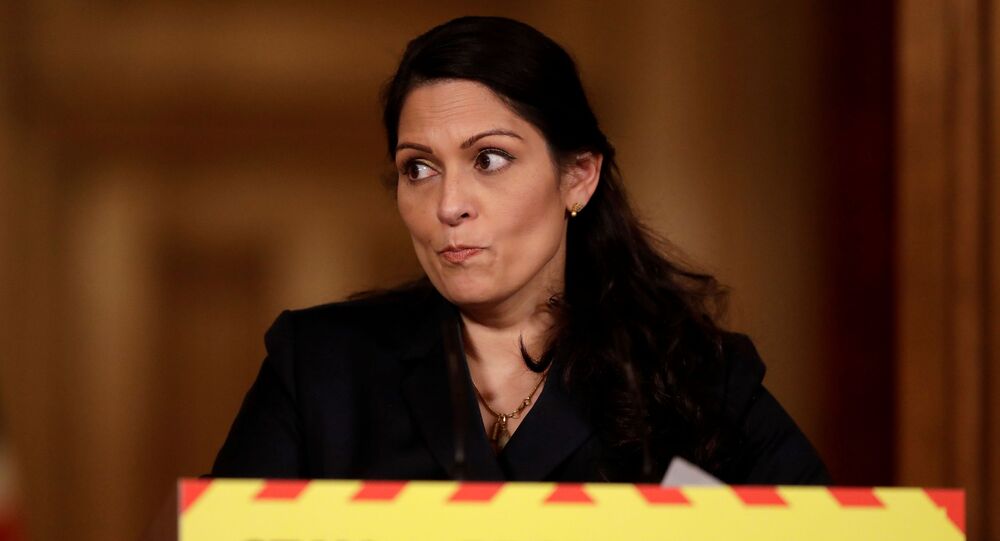 Police forces across the UK have been breaking up underground raves and banned house parties during the current third national lockdown — some of which attracted hundreds of party-goers. Home Secretary Priti Patel said the government would not tolerate those who put others at risk.

Speaking at a Downing Street press conference on Thursday, Patel announced anyone caught attending a "house party" of more than 15 people would be given an £800 fine — to be doubled for repeat offenders to a maximum of £6,400.

"We will not stand by while a small number of individuals put others at risk," Patel said.

Previous fines for partygoers had been set at £200​. A £10,000 penalty for organisers of house parties and underground raves remains in place.

They included a packed gathering of more than 40 people at a home in east London's famous Brick Lane, a 150-strong Hertfordshire shindig complete with amplifiers and mixing decks, and a site discovered at Leighton Buzzard in Bedfordshire with a dancefloor and speakers set up ready for late-night ravers.

"This is about saving lives," Hewitt said. "When we see people that are putting others and themselves in danger, we'll not waste time trying to reason with them, they are demonstrating no regard for the safety of others or even themselves."

© REUTERS / PAUL CHILDS
'Unlocking Framework': UK Gov't Secretly Working to Ease COVID Lockdown by Easter, Report Says
In more optimistic news, the number of UK residents who have had their first dose of coronavirus vaccine had risen to 4.97 million, an increase of around 363,500 over the previous 24 hours. That raised the seven-day rolling average to about 293,500, short of the 400,000 a day needed to meet the government's target of immunising the 15 million most at-risk by mid-February.

Almost 38,000 new cases of the virus were recorded across Britain in the previous day, with 1,290 deaths — although that was a sharp fall from Wednesday's figure of 1,820 fatalities, the deadliest day of the UK outbreak so far.