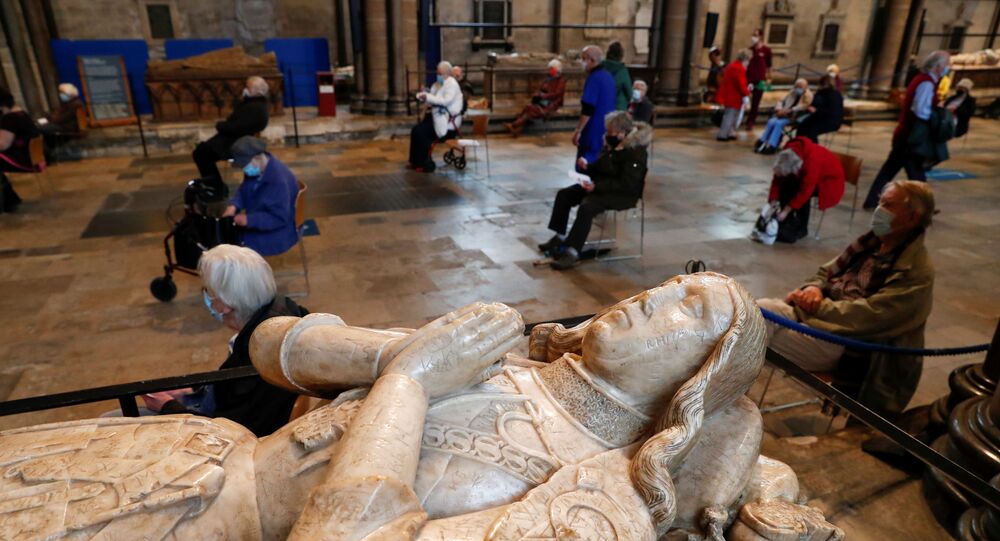 Earlier this month, Boris Johnson told lawmakers that England's lockdown will not end with a "big bang" but will instead be a "gradual unwrapping".

British Prime Minister Boris Johnson has launched a top-secret plan to ease the UK lockdown by Easter in order to let Brits meet their loved ones, The Sun quoted an unnamed senior government source as saying on Wednesday.

The source claimed that in line with Johnson's instructions, Cabinet officials had started building a detailed "unlocking framework" to gradually loosen coronavirus restrictions on an area-by-area basis.

"It's way too soon to start talking about when, but the work is being done quietly on the how", the insider pointed out, adding that the process will depend of how quickly vaccination is implemented.

The call came amid statistics indicating that the number of daily vaccinations had slumped by nearly half over the weekend, when compared to the number of jabs conducted early last week.

This was preceded by Johnson stressing in a statement to the Commons earlier in January that the new variant of COVID-19, which is at least 50% more contagious, had "led to more [confirmed] cases than we've seen ever before".

According to the UK prime minister, this had left the government with "no choice but to return to national lockdown".

He explained that the lockdown will remain in force until at least the end of March "not because we expect the full national lockdown to continue until then, but to allow a steady, controlled, and evidence-led move down through the tiers on a regional basis".

© AFP 2021 / LEON NEAL
UK COVID-19 Patients Could Be Sent to Hotels to Relieve Hospital Pressure, Health Secretary Says
At the same time, Johnson expressed hope that the COVID-19 restrictions may start being eased by mid-February, if the majority of the most vulnerable — a target population of 13 million — can get at least one dose of the vaccine.

"And as was the case last spring, our emergence from the lockdown cocoon will be not a big bang but a gradual unwrapping", the prime minister underlined.

He added that the goal of the lockdown was to buy time for those most at risk from the virus to be vaccinated, noting that immunisation was the route out of the coronavirus pandemic. As of Tuesday, the number of confirmed cases in the UK had soared to 3,476,804, with 91,643 fatalities, according to Johns Hopkins University's latest situation report.