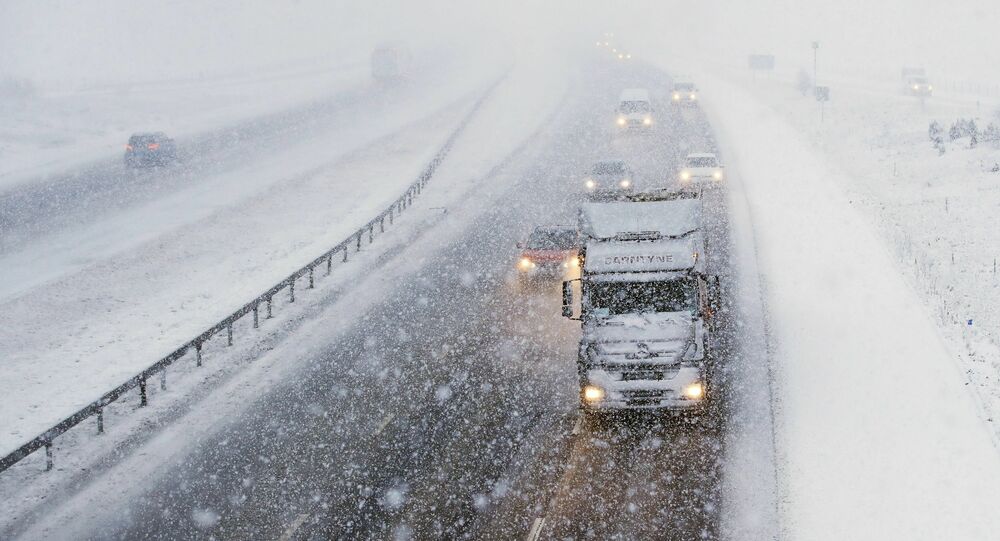 On 7 June 2019, Jason Mercer and Alexandru Murgeanu were killed by a lorry on the M1 motorway near Sheffield in the north of England. They were among 44 people who have been killed in the last five years on “smart motorways”.

A coroner has called for the British government to review so-called “smart motorways” after two men were killed by a truck on the M1 in South Yorkshire in 2019.

The wife of Jason Mercer - one of those who died - tells us she “broke down” when she heard the coroner’s findings.

Claire Mercer’s been campaigning to get smart motorways scrapped since her husband’s death@MotorwaysKill pic.twitter.com/tqn5ozIvM7

​He recorded a verdict of unlawful killing on Jason Mercer, 44, and Alexandru Murgeanu, 22, and said he would be writing to Highways England and Transport Secretary Grant Shapps.

The Department for Transport has spent £1.5 billion digging up hundreds of miles of traditional motorway, burying sensors under the road and relaying them, removing the hard shoulder and replacing it with occasional laybys.

A coroner's decided a lack of a hard shoulder in a smart motorway on the M1 contributed to the deaths of two men including one from Mansfield. 22yo Alexandru Murgeanu was among two killed when a lorry hit their vehicles after they stopped after a minor collision #CapitalReports pic.twitter.com/oQ7WXkTUZz

​In 2019 Edmund King, the president of the Royal Automobile Association (RAC) told Sputnik the design of smart motorways was inherently dangerous and said: "I don’t care what their stats show, I know that if I am broken down I want to get out of a live lane. You just have to hear the fear in the voice of the AA men who are dealing with these incidents, when you have the children crying in the background".

Mr Mercer's widow Claire is suing Highways England over smart motorways and is taking the case to the High Court.

Helen Smith, a lawyer representing Mrs Mercer said: "Claire has suffered a truly unspeakable loss…and is understandably determined to get answers regarding how Jason’s death could have happened".

She added: "The safety of smart motorways which operate without a hard shoulder has been called into question on a number of occasions in recent years and the number of fatalities on such routes both locally and nationwide is a cause for concern".

​At the inquest on Monday, 18 January, Mr Szuba said he admitted he had not been paying full attention on the night of the crash but he added: "If there had been a hard shoulder on this bit of motorway, the collision would have been avoidable. I would have driven past these two cars as it would be safer and they would have been able to come home safely and I would be able to come back home".

But Naomi Watson, a teacher from London, told Sputnik: "I was driving home from work on the M25 last year. I was in the inside lane when a huge lorry which was overtaking me suddenly started to veer into my lane. I presume he didn’t see me but fortunately I could pull over onto the hard shoulder. It was terrifying. If there had not been a hard shoulder I could have been killed. Smart motorways just aren't safe."