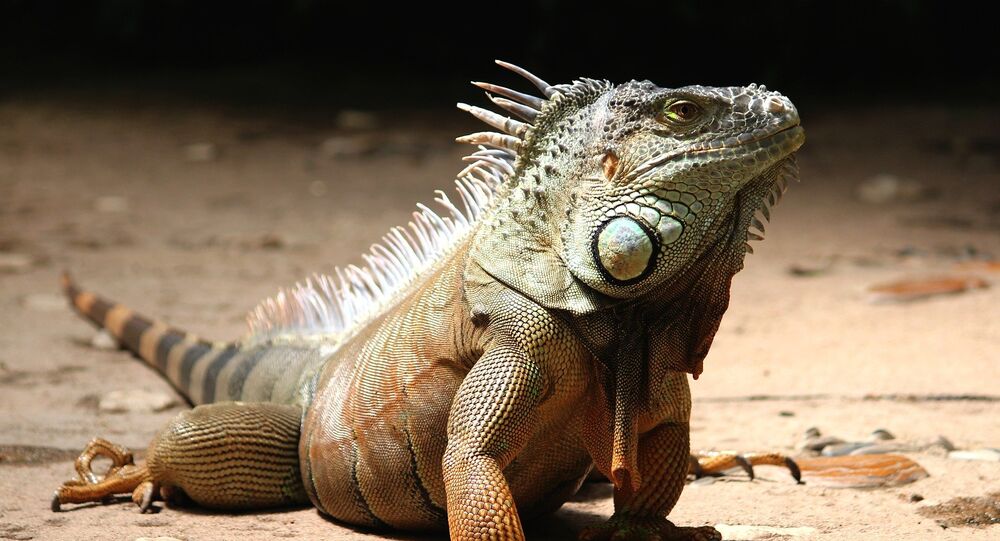 The blaze happened in Corby on Wednesday, caused by a faulty reptile heating map. Pet iguanas and other cold-blooded reptiles must be kept in warm in cold climates.... but maybe not that warm.

An iguana escaped certain death by hitching a ride on a fireman's helmet as he exited a burning house in Northamptonshire in the UK on Wednesday.

The Northants Fire and Rescue Service tweeted a photo of the lizard casually perched on the firefighter alongside the caption: "couldn't wait to be rescued and jumped to safety to hitch a ride out!!"

Incident 23:41 06/01/2021 - fire in living room caused by reptile mat - one of occupants couldn't wait to be rescued and jumped to safety to hitch a ride out!! pic.twitter.com/si6VdaVIZw

​A spokeswoman for the fire service said it "was a very unique incident – one that we have never dealt with before." She added that the fireman in the image was unaware that the iguana had scaled his body and onto his hat – at first "as he initially thought it was a colleague touching his helmet."

“What a surprise he then had to find this iguana chilling on his head, eager to escape the burning building," she said.

“Thankfully there were no injuries to any people or animals as a result of this incident and it is certainly an example of the diversity of a firefighter’s job – every day is definitely different."

The lizard actually played an indirect claw in the fire, as it was caused by a malfunctioning reptile heat mat in the property in Whitworth Avenue, Corby.

While the house was damaged, no one was injured in the blaze according to the BBC.