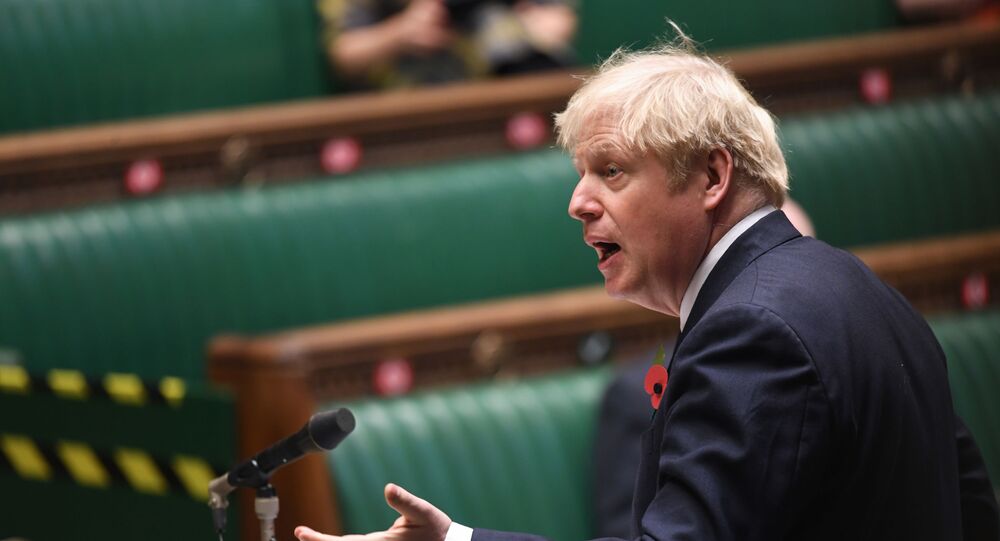 The Fixed-Term Parliaments Act - which PM Boris Johnson has vowed to repeal - was exploited by Europhile opposition parties to create a Parliamentary stalemate for months last autumn, with the government unable to get approval for its EU withdrawal agreement or call an election to break the deadlock.

The UK's Conservative government will restore the right of prime ministers or a majority of MPs to call an early election - and stop a repeat of 2019's Parliamentary "gridlock".

The bill to repeal the 2011 Fixed-Term Parliaments Act (FTPA) which prevented Prime Minister Boris Johnson from calling a general election for several months in 2019 and led to parliamentary paralysis and anarchy, was published on Tuesday - honouring an election manifesto commitment.

"The Fixed-term Parliaments Act caused constitutional chaos last year which, when combined with total gridlock in Parliament, meant the previous Government couldn’t deliver what it was asked to do," said Constitution and Devolution Minister Chloe Smith.

She said the new legislation reflected the government's trust in the public to decide at "critical moments".

"So we are going back to the system that lets elections happen when they are needed," Smith said. "We want to return to constitutional arrangements that give people more confidence in what to expect, and more security."

If passed, the draft bill would return arrangements to the "status quo ante" before the 2011 FTPA was enacted, when the sitting PM was assumed to have the confidence of the house and could ask the Queen to call an election - or if they lost a vote of no confidence, request a vote to dissolve the House of Commons.

Sources suggested to political gossip site Guido Fawkes that the act would even bestow the royal prerogative to call elections on the PM, with one saying: "prerogative powers will be resurrected, like Jesus".

"The Bill makes express provision to revive the prerogative power to dissolve Parliament," Cabinet Office Secretary Michael Gove wrote in the foreword to the bill. "This means once more Parliament will be dissolved by the Sovereign, on the advice of the Prime Minister."

He added that those powers would be "non-justiciable" - meaning courts will not be able to prevent their use.

An accompanying statement of "dissolution principles" stressed that the monarch must be kept out of political arguments over the timing of elections.

"The Sovereign should not be drawn into party politics, and it is the responsibility of those involved in the political process to ensure that remains the case," the statement read. "As the Crown’s principal adviser this responsibility falls particularly on the incumbent Prime Minister."

The FTPA was passed under the Conservative-Liberal Democrat government of former PM David Cameron, as an apparent concession to his junior coalition partners who had made it a manifesto pledge.

It stipulated that general elections must happen on the first Thursday in May in the fifth year after the last general election, and abolished the right of the sitting prime minister to ask the monarch - as constitutional head of state - to dissolve Parliament and call an election, and raised the number of MPs votes required to do the same from a simple majority to two-thirds of all 650 sitting MPs.

Before the act was passed prime ministers could effectively call an election when they thought it was most advantageous to do so, and did not commonly wait until the five-year limit on Parliaments was at its end. Two elections were held in 1974, in February and October, after the first resulted in a hung Parliament.

Cabinet Office junior minister Lord Nicholas True said the FTPA had been passed under "unique circumstances" and had "resulted in far more confusion than the tried-and-tested constitutional arrangements it had hastily swept aside."

Smith and True referred to the situation in autumn 2019, when pro-European Union (EU) opposition parties collaborated with Tory rebels in a bid to block the Brexit withdrawal agreement that Johnson's recently-formed government had negotiated with Brussels. With the support of Europhile Speaker John Bercow, they hoped to force a second referendum on Britain's exit from the EU and even form a 'national government' with royal approval but without calling an election.

Johnson's decision to withdraw the whip from the rebels meant his government lost the slim Parliamentary majority it had held since the 2017 early election, but the opposition refused to vote for a snap election or even a vote of no confidence in the PM - in contrast to then-Labour leader Jeremy Corbyn's weekly demands for an election from Johnson's ill-fated predecessor Theresa May.

Johnson included repealing the FTPA in his manifesto for last December's election, which the Tories won by a landslide with a majority of 80. He also pledged to abolish the Supreme Court, established in 2009, which intervened last year to stop the Queen proroguing Parliament on Johnson's advice. That decision went against British constitutional law forbidding the courts from interfering in Parliamentary matters, and contributed to the state of near-anarchy in Parliament for three months.