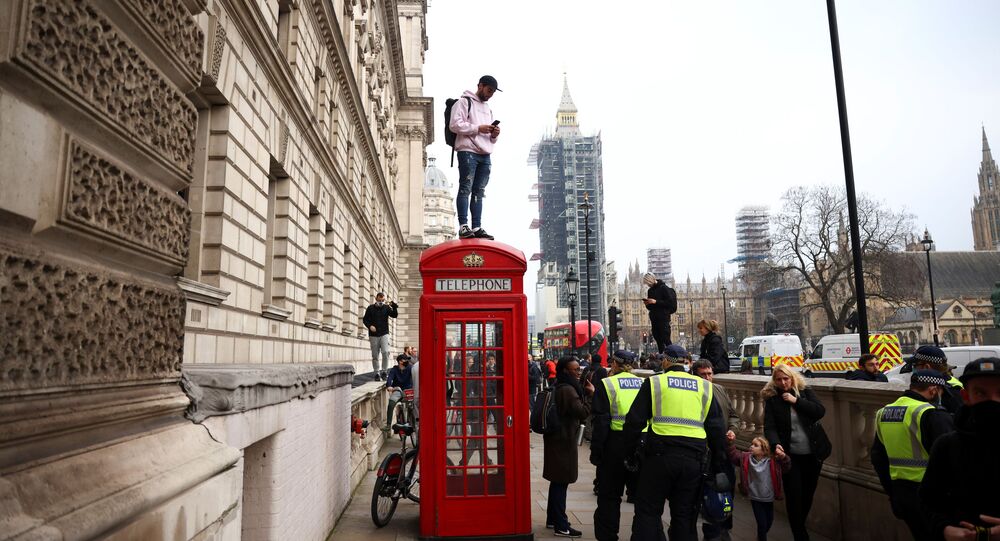 LONDON (Sputnik) - More than 150 people were detained in London during a protest against coronavirus restrictions, the Metropolitan Police Service said in a Saturday statement.

A nationwide lockdown entered into force in the United Kingdom on 5 November, as the country was witnessing roughly 25,000 COVID-19 positive tests per day. After the lockdown ends on Wednesday, Prime Minister Boris Johnson plans to impose further coronavirus restrictions.

"The Met has made 155 arrests while policing a number of demonstrations in central London today, Saturday 28 November. Those arrests were for offences including breaching coronavirus regulations, assaulting a police officer and possession of drugs", the statement said, adding that the operation will continue into the night.

Thanks to our policing partners in London for their support during today's demonstrations - @BTP and @CityPolice.

The Met's policing operation will continue into the night.

Earlier, London police said that there had been over 60 arrests at the Saturday demonstration.

Several hundreds of people gathered on Saturday in central London to express their protest against coronavirus-related restrictions. Some of the demonstrators clashed with police officers.

"Officers made a number of early interventions to prevent people from gathering and to urge people to go home. As part of this, coaches transporting protestors into the capital were intercepted and those who did not turn back and go home were either arrested or issued with fixed penalty notices", the city police said in a Saturday statement.

Here's a few very short clips from London protest today. As soon as I got out of kings cross station someone was already being hauled off. Police were everywhere and picking people off, you couldn't stand still! Then after a while I got wind that it had moved ...... pic.twitter.com/MFRle7DKeb

According to Scotland Yard, people were warned on Friday that they risked facing law enforcement action if they attended the upcoming protest.

"Today's enforcement action is a direct result of those individuals deliberately breaking the law and at times, targeting our officers with aggression and causing disruption to the road network", the police said, urging people to stay home.

Anti-lockdown protests have been repeatedly held in the UK since the start of the coronavirus pandemic. In early November, police detained as many as 190 people during one of such demonstrations.