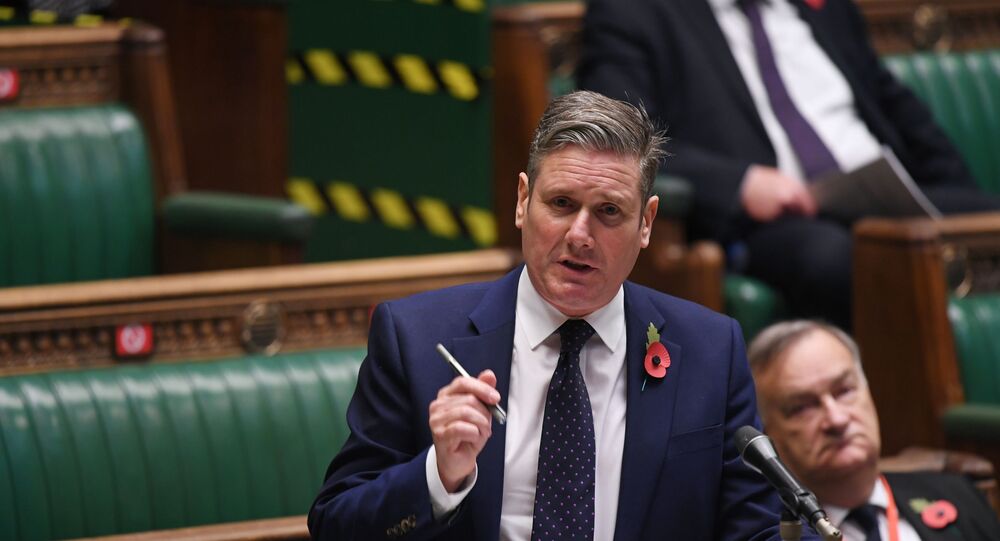 LONDON (Sputnik) – UK Prime Minister Boris Johnson clashed on Wednesday in Parliament with the opposition parties' lawmakers over his recent comments on Scotland's autonomy, which he allegedly called a "disaster" during a meeting with fellow Conservatives last week.

The first one to raise the issue at the Prime Minister's Question Time in the House of Commons was Labour leader Keir Starmer, who urged Johnson to explain why he had said the devolution of powers to Scotland, Wales and Northern Ireland by the last Labour government in 1999 was a disaster.

The prime minister, who attended the session via videolink from Downing Street, where he is self-isolating after being in contact with a COVID-19 positive case, replied by accusing the Scottish National Party of trying to break up the United Kingdom with its claims for independence.

"What has unquestionably been a disaster is the way in which we see the Scottish Nationalist Party have taken its new devolution as a means not to improve the lives of their constituents, not to address their health concerns, not to improve education in Scotland, but constantly to campaign for the break-up of our country, and to turn devolution into a mission to break up the UK", Johnson said.

His reference to the Scottish party as "Nationalist" prompted the House of Commons speaker, Lindsay Hoyle, to remind the prime minister that he should refer to the SNP as the Scottish National Party.

Starmer immediately hit back by saying that "the single biggest threat to the unity of the UK is the prime minister every time he opens his mouth."

The leader of the SNP in Parliament, Ian Blackford, also had a heated exchange with Johnson, accusing the Conservative government of not delivering good policies for Scots and trying to impose Brexit, which the people in Scotland opposed.

"Isn't it clearer than ever that the only way to protect Scotland's interests is for Scotland to become an independent country?" Blackford asked.

Johnson, who has repeatedly said that his government will block a second referendum on Scotland's independence, retorted that what the United Kingdom does as a whole is bigger and better than what individual nations and regions could do.