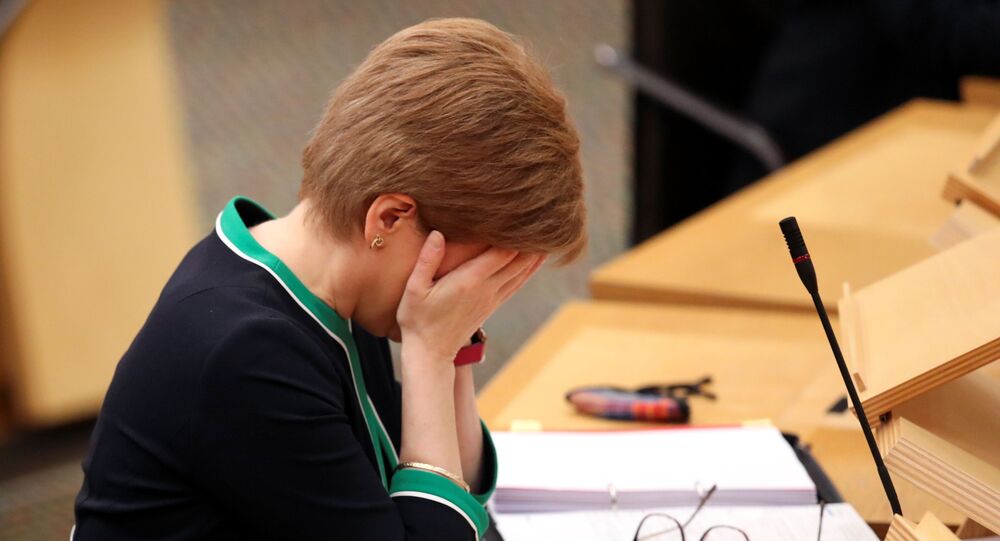 Scotland's first minister said Glasgow, Stirling and parts of five Scottish shires will be raised to the second-highest level of coronavirus pandemic restrictions from Friday - affecting two in five of the country's population.

The Scottish cities of Glasgow and Stirling plus nine county councils will be subject to heightened Level-4 COVID-19 rules - including a travel ban - from Friday, First Minister Nicola Sturgeon has said.

And she slapped a travel ban on all residents of those areas and others under level three restictions 'except for certain essential purposes'.

Announcing the increased restrictions - the second-highest available under the current regime - at the Holyrood parliament, Sturgeon said "the infection rate in all of these areas remains stubbornly and worryingly high" at 277 cases per 100,000 people in Glasgow and 158 in West Lothian.

"At these levels, we simply do not have the assurance we need that hospital and ICU [Intensive Care Unit] services will be able to cope as we go deeper into winter," she said.

Apart from the travel ban, Level Four measures parallel the second lockdown on all of England, imposed at the start of this month, which is provisionally set to end on December 2.

Pubs, bars, cafés and restaurants must closed, except for takeaway and home deliveries. Only 'essential' shops such as supermarkets and grocery shops can stay open. Scots will get hairier as hairdressers and barbers are forced to close.

People should not visit each other's homes, but families can gather outdoors in gardens or parks subject to the 'rule of six' - although children under 12 don't count towards that total.

In total more than 2 million of Scotland's 5.5 million inhabitants will be affected - 633,000 of them in Glasgow.

"But Level 4 is intended to be short and sharp," the first minister said, and "specifically intended to have an impact in advance of Christmas and the most challenging winter period."

Sturgeon pledged to lift the harshest restrictions in time Christmas and most of the Jewish holiday of Hanukkah - which runs from December 10 to 18 this year - adding: "while celebrations may be different, there will be a greater degree of freedom."

England's new lockdown overrode a short-lived three-tier system of area-by area restrictions. UK Housing Secretary Robert Jenrick hinted on Tuesday that the system would return with a stricter fourth tier after December 2, with news measures such as the 9pm limit on alcohol sales from shops applied in Nottinghamshire where his constituency lies.