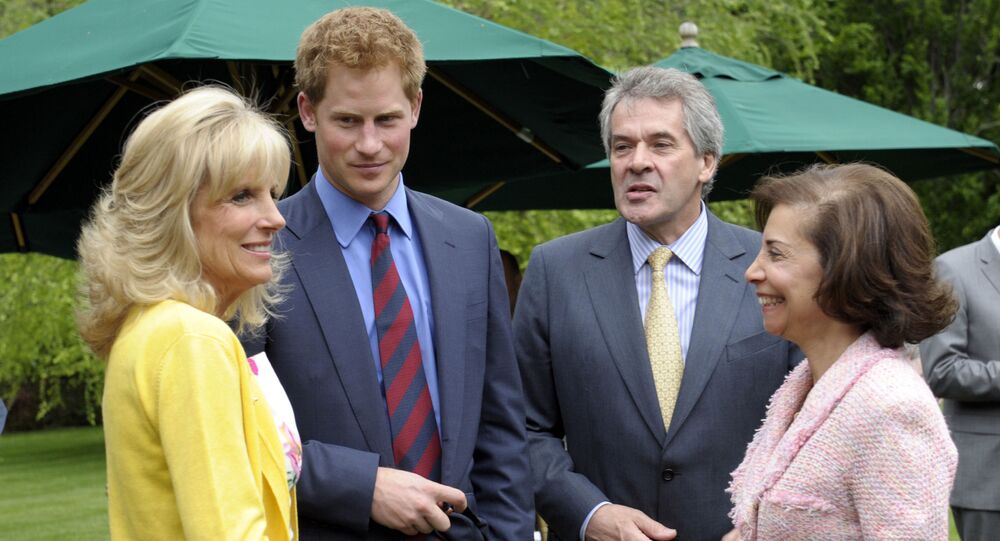 In September, prior to the US presidential election, Prince Harry and Meghan Markle recorded a video message urging Americans to vote, while reportedly “hinting that they both supported Biden”.

While Prince Harry has apparently managed to maintain “political neutrality” throughout the majority of his life, he ended up forming a “close bond” with Jill Biden, the woman who may actually become the next First Lady of the United States, the Daily Mail reports.

According to the newspaper, Joe Biden's wife and the Duke of Sussex have reportedly maintained a "firm friendship" for seven years, since the two first met in 2013 at a reception for US and British wounded soldiers in Washington, DC.

Despite the significant age gap between them, Jill and Harry reportedly bonded "over their shared dedication to the armed forces", as the Biden's late son Beau was a major in the US military while the Duke of Sussex served in the British Army.

And in September, Harry and Meghan Markle even "recorded a video message for Times 100 urging Americans to vote, while hinting that they both supported Biden", though the pair reportedly denied backing any of the candidates.

"Prince Harry poking his woke nose into the US election and effectively telling Americans to vote against President Trump is completely unacceptable behavior for a member of the Royal Family", English journalist Piers Morgan remarked regarding the matter.

The newspaper also points out that while a spokesperson for Harry "declined to comment on the current status of Harry's relationship with Biden when asked by Insider", adding that "any public show of friendship would prompt furious controversy", due to the Duke's previous decision to "wade into US politics".