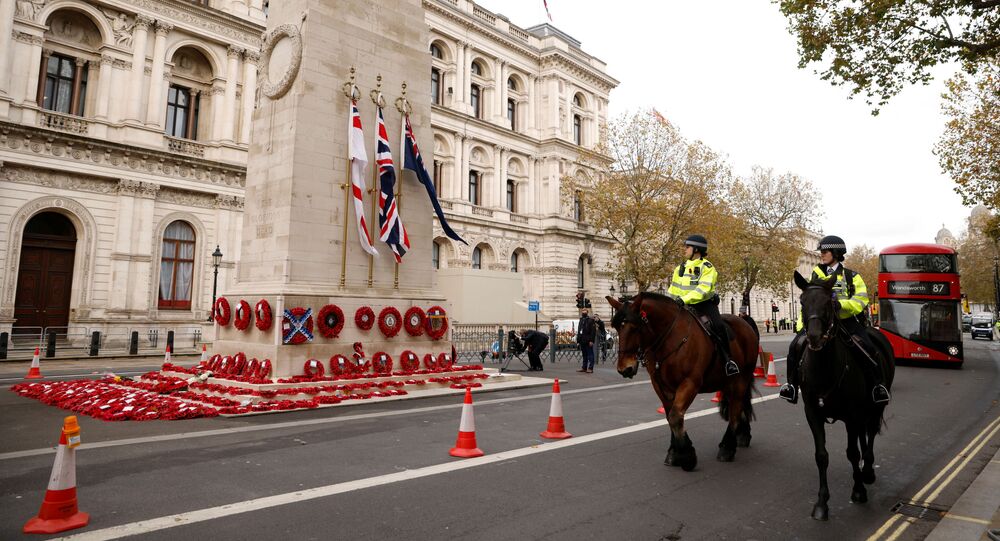 On 11 November, people all across the UK remember those who lost their life in the Great War. People come to The Cenotaph, which remains one of the major memorials to the First World War, in order to honour the memory of soldiers who die while serving the United Kingdom.

Hours before official Armistice Day ceremonies were to be held, the Extinction Rebellion protesters put a climate change banner with “Honour their sacrifice, Climate change means war” written on it and a wreath of poppies at the Cenotaph, causing fury among netizens, branding eco-activists “scum”.

British Army veteran Donald Bell, who shares activists’ values, joined the protest and told the Sun newspaper that the Government neglected the environmental problems and young people would pay the price for their failure.

​"I did four tours in Northern Ireland. I have been in conflict. I saw good friends - my comrades, who I served with – die”, Bell said in the interview. “However you feel about the action today, I want people to take this message - if we don't deal with this climate emergency, now, it will lead to war," Private Bell added.

Just minutes later the wreath with “Act now” written on it was removed by police. The activists were harshly criticised on Twitter, where people accused them of “using the death of soldiers to advertise for it” and “having no respect”.

​Some users had no sympathy for the activists at all, calling them a “bunch of c***s”, and claiming they should be arrested.

In September, Extinction Rebellion activists were arrested for defacing Winston Churchill's statue during 10 days of eco-activism. An 18-year-old demonstrator spray-painted the statue with “is a racist” and was ordered to pay more than £1,500 in fines and costs. London mayor Sadiq Khan considered the protest to be “appalling vandalism” which was “completely unacceptable”.

Extinction Rebellion is a global environmental movement formed in 2018. Although it claims to use non-violent civil disobedience to gain the attention of governments to environmental issues, it has been heavily criticised for its controversial actions.

Remembrance Day commemorates the end of the First World War and all who died in it. It follows Remembrance Sunday when citizens honour all the people who have died in war.