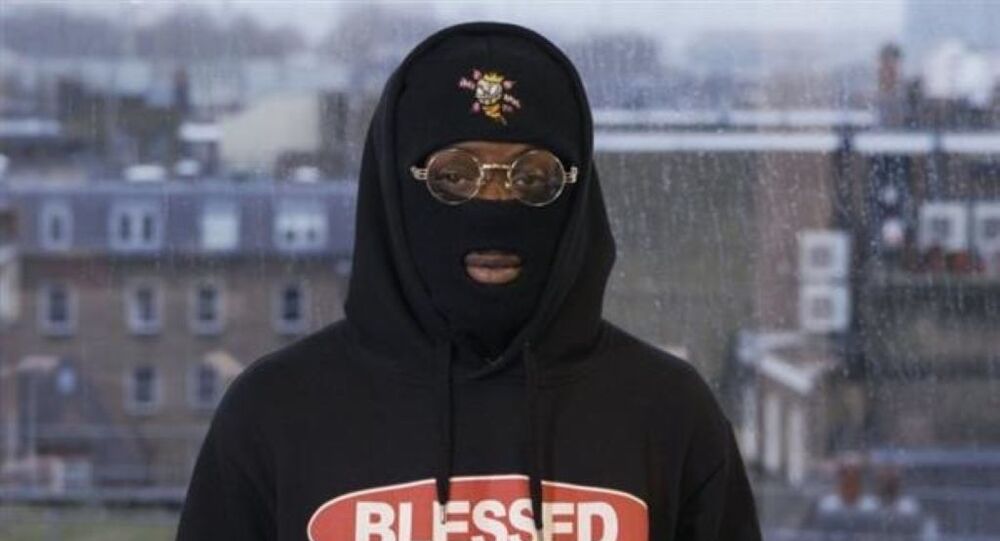 As the United States presidential election remains at a knife-edge with former Vice President narrowly edging incumbent Donald Trump in key battleground states, a UK mayoral candidate seeks to channel cynicism of the state of global politics into his own campaign.

"The media & centrists gaslight people into thinking @jeremycorbyn gotta be a racist. @BernieSanders gets stabbed in the back by his own gang"

​In a campaign video uploaded to Twitter, the balaclava-clad candidate introduced himself in "Yung Drilly, AKA Drill Minister".

"How has the state of US politics gotten so bad that these two are the best that country has to offer?", he asked. "Out of hundreds of millions of people, you know? This is what they got. Are you serious?".

In reference to Trump, he described the incumbent president as a "rich, women-groping, 'lock-up a black brudda at a moment's notice' nepotistic, warmongering, old white brother" before labelling Democratic candidate Joe Biden as the same.

"They're exactly the same", he says. "They represent the same murderous, imperialist system. One is just more blatant, blud".

"One is whispering it quietly behind closed doors. The other one is just shouting it loud".

Drillminister described Trump as the "face of the regime" but "Biden is its heart".

"No matter who those man over there vote for, you're really getting ruled by corporate interests", he adds.

He said the elections in the US are "bought by billionaires" and said "economic elitists" and lobbyists shape policy instead of elected politicians.

Drillminister then criticised the Democratic establishment for twice preventing the nomination of left-wing primary challenger Bernie Sanders for president.

"The one guy who could have changed the game gets stabbed in the back by his own gang, again", he said.

He said that Sanders would have "duppied Trump" in the presidential debates in the run-up to the general election, which as of Friday saw Joe Biden underperform polling expectations among the southern Latino electorate, among whom Sanders led in the primaries.

"It's the same in England and around the world. The media and the centrist slowly gaslight the people into thinking the only legitimate opposition gotta be a racist or corrupt person", he said.

In the final days of Corbyn's tenure, leaked documents revealed that individuals among the highest echelons of the Labour Party actively sought to harm the former leader's electoral chances.

Former President Lula da Silva was released from jail last year after being imprisoned on corruption charges. His detention meant he was unable to run as the Workers Party candidate in the Brazilian presidential elections and led to a victory for pro-US conservative Jair Bolsonaro.

Continuing, Drillmaster said that the poorest people in society were now "voting for the interests of the richest".

"Politics is a game for these people", he added. "And right now the chips are stacked against us. We need to knock them down and start again"

He concluded the video asking his audience to "Vote for change. Vote for Drillminister".

DrillMinister kicked-off his campaign in January to oust Labour's Sadiq Khan as Mayor of London pledging to be a mayor that "resembles what people recognise as a Londoner as opposed to somebody dictating to them what a Londoner is".

Initially scheduled for 7 May 2020, the election was then postponed in March for another year amid the ongoing coronavirus pandemic.

The revolution is coming. @MinisterDrill has arrived.

Today we officially launch our social media channels, looping the famdem into the #Drilly4Mayor campaign.

You're all Agents of Change.