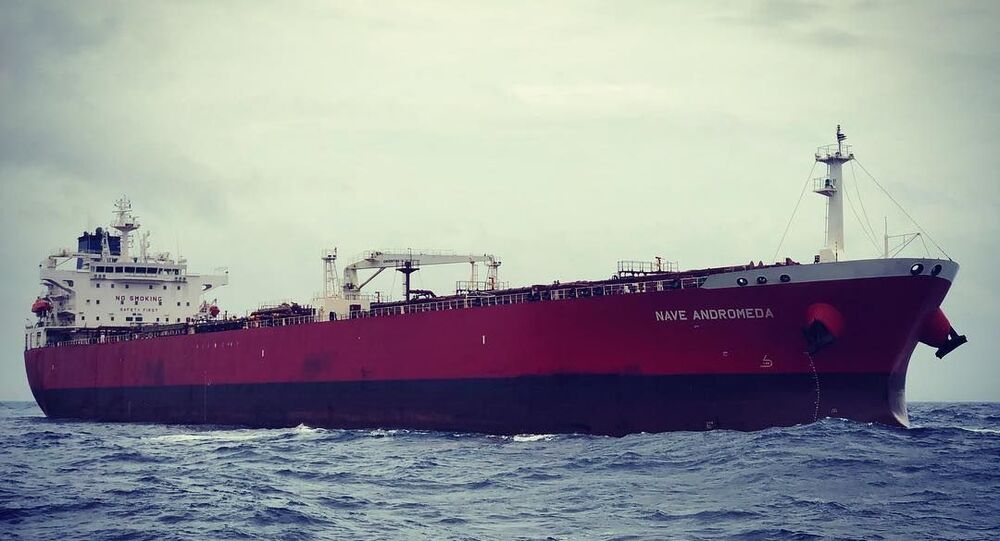 The Nave Andromeda tanker left Nigeria last week and was due to dock in Southampton earlier in the day. Reports say a Coastguard helicopter is circling the ship. Law enforcement has set up a restriction zone of five nautical miles around the vessel.

The UK Coastguard is assisting the country's police with an incident involving stowaways on board an oil tanker off the southern coast of the Isle of Wight, local news agencies reported. According to Sky News, at least half a dozen stowaways were discovered on the vessel on Sunday. There are reports that the crew is sheltering somewhere on the ship, the news agency said.

Authorities are trying to establish the circumstances of the incident. Unconfirmed reports say that the vessel has been hijacked by stowaways. Robert Seely, MP for the Isle of Wight, said he expects the incident to be dealt with by marine counter-terrorism forces, Sky News reported. Seely added that it was to early to call the incident hijacking.

A statement from the Hampshire police on the incident reads:

"We are aware and dealing with an ongoing incident on board a vessel which is situated south of the Isle of Wight".

Search and rescue helicopters are currently at the scene.

The 228-metre tanker, registered in Liberia, is carrying 42,000 tonnes of oil and was last known to have docked in Lagos, Nigeria on 5 October. It was expected to dock at Southampton earlier today, but has now laid anchor.

According to the Daily Mirror, a spokeswoman for Associated British Ports said they had not had contact any contact with the crew.

According to online tracking website Marine Traffic, the vessel had made a number of zig-zags around the area off the Isle of Wight. A Sky News correspondent said the route is well-known for human smuggling, with people coming from Iran, Iraq, Nigeria, and Somalia.

In 2018, British forces stormed an Italian cargo ship that was sailing in the Thames Estuary. Back then, the vessel had been hijacked by stowaways.