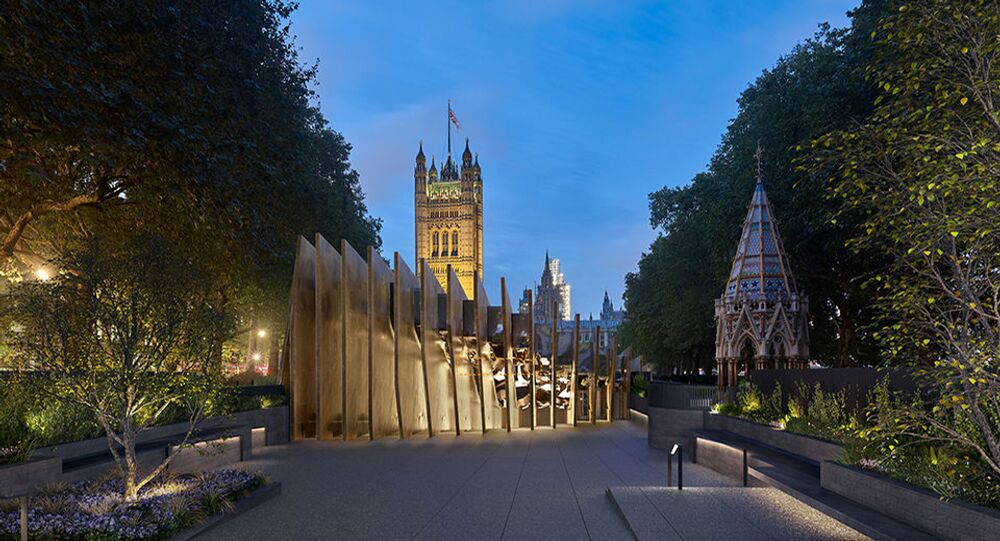 In January 2016 the then Prime Minister, David Cameron, proposed a Holocaust Memorial be built in Victoria Towers Gardens, next to the Palace of Westminster. But the memorial has been opposed by local residents and many prominent Jews.

A former UK government minister has denied a suggestion that a proposed £75 million memorial to the Holocaust in central London was designed to "sugar the pill" of Britain selling arms to Saudi Arabia.

Lord Pickles, a former planning minister, was asked the question by H.E. Sawyer, the author of I Am The Dark Tourist, at a planning inquiry on Friday, 23 October.

The Archbishop of Canterbury, @JustinWelby, spoke to the Public Inquiry about why the new UK Holocaust Memorial and Learning Centre must be positioned by the seat of the UK government. #OurMemorial pic.twitter.com/9pVCICx9e0

​Mr Sawyer, quoting from a book called Texture Of Memory by James E. Young, said a Holocaust Memorial in Washington DC was built in the 1970s by US President Jimmy Carter following anger in the Jewish community about the sale of F-15 fighter jets to Saudi Arabia.

He asked Lord Pickles - formerly known as Eric Pickles: "Did you know the US Holocaust Memorial Museum was a bargaining chip in a Saudi arms deal, and is this UK Holocaust Memorial & Learning Centre and prominent placement 'sugaring the pill' over the UK arms trade with Saudi Arabia?"

The planning inspector chairing the inquiry, David Morgan, ruled the question as irrelevant and said Lord Pickles need not to answer it.

"The answer would have been no,” Lord Pickles said.

Earlier Lord Pickles was asked about the political will to build the memorial in Victoria Towers Gardens, which is next door to the Houses of Parliament.

Meyric Lewis, a lawyer representing campaigners objecting to the memorial, said Boris Johnson’s government was on record as saying the holocaust memorial would be built in Victoria Tower Gardens and other politicians have talked about their “unshakeable commitment” to the project. 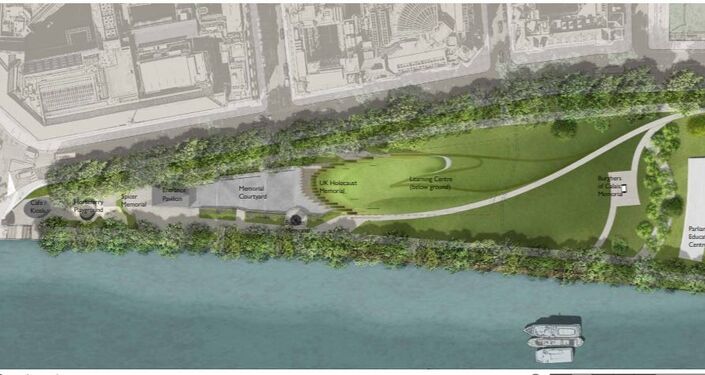 "But it was always subject to planning. Otherwise you wouldn’t get your Maserati,” Lord Pickles replied, a reference to a comment he made in 2011 when he said “Maserati-driving lawyers” were enriching themselves from Britain’s planning system.

In Britain any large building - even one proposed by the government has to be given planning permission and in some cases an independent inspector will hold an inquiry to decide if the proposal is in accordance with planning law.

On Friday the inquiry chaired by Mr Morgan was hearing evidence from Lord Pickles, a former Communities Secretary, and former Chancellor, Ed Balls. The pair are co-chairs of the Holocaust Memorial Foundation Advisory Board.

'Britain is Not a Dictatorship'

Lord Pickles said his former boss would have been well aware of the planning system: “I’m sure Mr Cameron had that at the forefront of his mind. We don’t live in a dictatorship. We are always subject to planning regulations.”

Mr Lewis pointed out that in the Conservative Party manifesto at last year’s election Boris Johnson had reiterated his commitment to the memorial and he added: “There is no reference to it being subject to planning?”

Mr Lewis pointed out that Lily Polman, a Holocaust survivor who was recently honoured in the Queen’s Birthday Honours, had supported the education centre being at the Imperial War Museum, rather than at Victoria Towers Gardens.

He said: “It’s position so close to Parliament and on Britain’s ‘avenue of power’ makes an important statement about anti-Semitism and racism and it shows that government have choices.”

Today at the Public Inquiry @martyn_heather, Head of Education at the Premier League, stressed the importance of the planned UK Holocaust Memorial as a place of learning. #OurMemorial pic.twitter.com/wLA4ftK8Sg

​Lord Pickles said the education centre would "tell the whole story" and he said: "Britain made a number of mistakes" in the 1930s, including limiting Jewish migration to Palestine in 1939, something which then Foreign Secretary Jeremy Hunt apologised for in 2019.

Earlier this month Dr Michael Pinto-Duchinsky, a Jewish academic who as a child survived two camps and two ghettoes in Hungary during the Second World War, said if the memorial was to be an “iconic symbol of our horror at the Holocaust” then it should be judged on planning law.

The inquiry - which is expected to conclude next month - has also heard from security expert Lord Carlile, who warned the memorial would become a “trophy site” for terrorists intent on anti-Semitic atrocities.