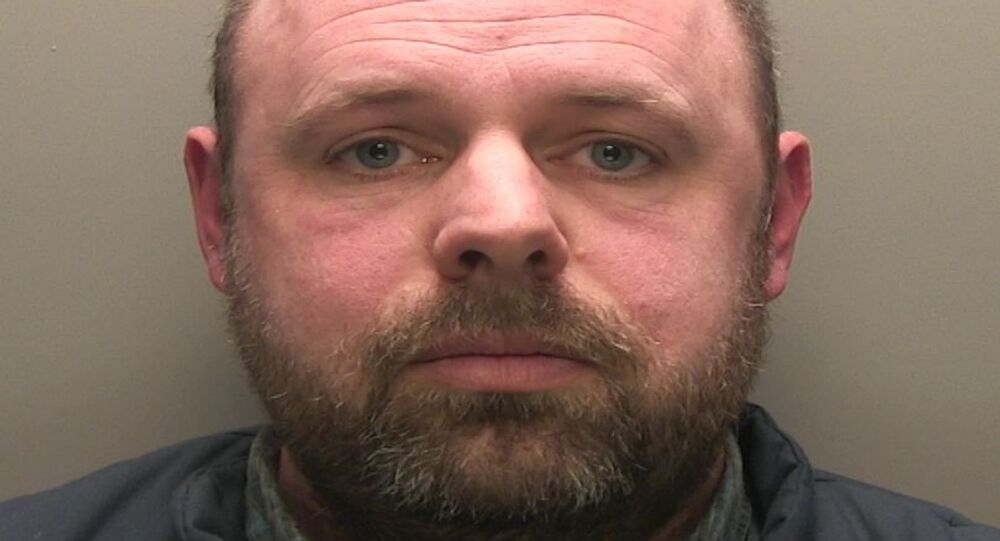 Operation Hancock - Britain’s biggest ever blackmail investigation - led to the conviction of Nigel Wright, a British farmer who tried to extort more than £1 million from the Tesco supermarket chain.

A farmer who inserted shards of metal into baby food and put it on the shelves of a supermarket as part of a plot to extort £1.4 million has been jailed for 14 years.

Nigel Wright, 45, from Market Rasen in Lincolnshire, blackmailed the giant Tesco supermarket chain and was convicted of four counts of blackmail and two charges of contaminating goods.

Detectives trawled through hours of CCTV footage before they identified Nigel Wright as the person who planted the contaminated baby food on the shelf of a Tesco store in Lockerbie, Scotland pic.twitter.com/gnVlwt8U3G

​​A trial at the Old Bailey in London heard how two of the pots of baby food were sold to young mothers who were about to feed them to their children when they spotted the pieces of metal.

One of them, Morven Smith, who had bought the jar in a supermarket in the Scottish town of Lockerbie, said: "I gave my son a couple of spoonfuls and noticed something shiny. It was horrendous. I felt sick I was so shocked."

Wright sent dozens of letters and emails to Tesco between May 2018 and February 2020 and hoped to be paid in cryptocurrency, which would have been almost impossible to trace.

​He claimed to be a member of a syndicate of angry farmers who were upset at the low prices they were paid for milk and signed his letters 'Guy Brush' and the 'Dairy Pirates'.

Sentencing him on Monday, 12 October, Mr Justice Warby said: "Mercifully no child was hurt but that rather by luck than judgement."

#Breaking Lincolnshire sheep farmer Nigel Wright, 45, has been jailed for 14 years at the Old Bailey for blackmail over a plot that saw him place three jars of baby food laced with shards of metal in Tesco stores in a bid to extort £1.4 million from the supermarket chain

​Judge Warby said Wright's actions were "repulsive" and involved sending "bloodcurdling" letters and added that rather than plead guilty he had put forward an "absurd and untenable" defence which fell apart under scrutiny.

Hertfordshire Police - who led the investigation because Tesco’s head office is in Welwyn Garden City - had 100 officers working on it at one point.

They trawled through hundreds of hours of CCTV footage before they eventually spotted a man placing one of the contaminated jars on the shelf of the Lockerbie supermarket.

In one of the letters he penned to Tesco, Wright wrote: "Imagine a baby's mouth cut open and blood pouring out, or the inside of their bellies cut and bleeding. You pay, you save them."

© Photo : Hertfordshire Police
Nigel Wright's workshop at his farm in Lincolnshire, where he chopped up razor blades to put into baby food jars

Wright was also convicted of demanding £150,000 worth of Bitcoin from another motorist after a road rage incident.

Deputy Senior Investigating Officer Lucy Thomson, from Hertfordshire Constabulary, said: "His crime was absolutely horrific and of the most cynical nature, putting babies at risk, and mothers, feeding their children."

It is not the first time supermarkets and baby food manufacturers have been targeted by blackmailers.

In 1990, Rodney Whitchelo, a former detective, was jailed for 17 years for spiking jars of Heinz baby food with caustic acid and broken razor blades. He tried to extort £4 million from Heinz but got away with only £32,000.

Back in 2001, Robert Dyer, 51, was jailed for 16 years for sending letter bombs to Tesco supermarkets in an extortion campaign. Dyer got the idea after reading an article called "How to catch a blackmailer” in a copy of Reader’s Digest he read in a dentist’s waiting room.

And in 1999 Edgar Pearce, the so-called Mardi Gra bomber, was jailed for 21 years for a four-year extortion campaign targeting Barclays Bank and the Sainsbury’s supermarket chain.

Wright's barrister Andrew Campbell-Tiech QC said: "This type of case arouses understandably a sense of public anger. There is a vulnerability here that an individual has sought to exploit."

But he claimed the Whitchelo offences were "more serious" and were described as having "evil characteristics" and said it would be "a stretch" to say that of Wright and his crimes.