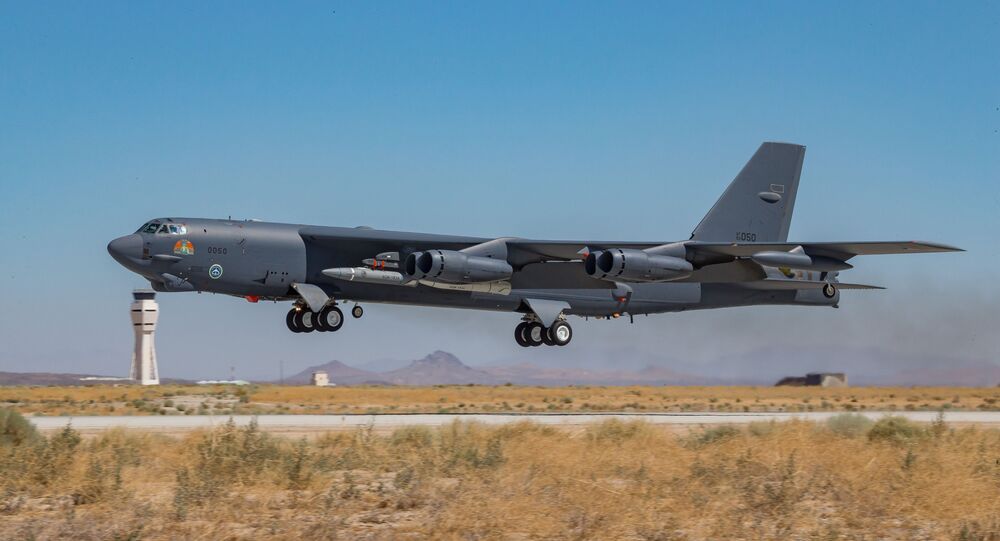 Recently, three US Air Force B-52 Stratofortress bombers had been spotted in the skies over Gloucestershire, UK.

A US Air Force B-52 aircraft transmitted a "squawk code 770" which indicates general emergency, according to the Daily Mail.

At the time of the transmission, the aircraft was flying near Tewkesbury in the western county of Gloucestershire.

“While en route to RAF Fairford, the B-52 experienced a general in-flight emergency, which our experienced crews are able to identify and respond to because of their routine training and preparation,” a spokesman for Minot Air Force Base in North Dakota, U.S., was quoted by the Daily Mail as saying.

"The squawk was a precaution to ensure they had proper access to the airfield to complete a safe and clear landing which they successfully accomplished," the spokesman added.

Looks like two B-52s are currently doing laps around Gloucestershire at quite a low altitude. Every now and then, the noise over Gloucester is incredible. pic.twitter.com/OALDWSiiIt

​It is reported that there are six B-52s based at RAF Fairford in the Cotswolds.

The B-52 is a subsonic long-range bomber that can fly at altitudes of up to 50,000ft and deploy the widest range of weapons in the US aerial arsenal.

The aircraft has been part of the US Air Force since the 1950s.