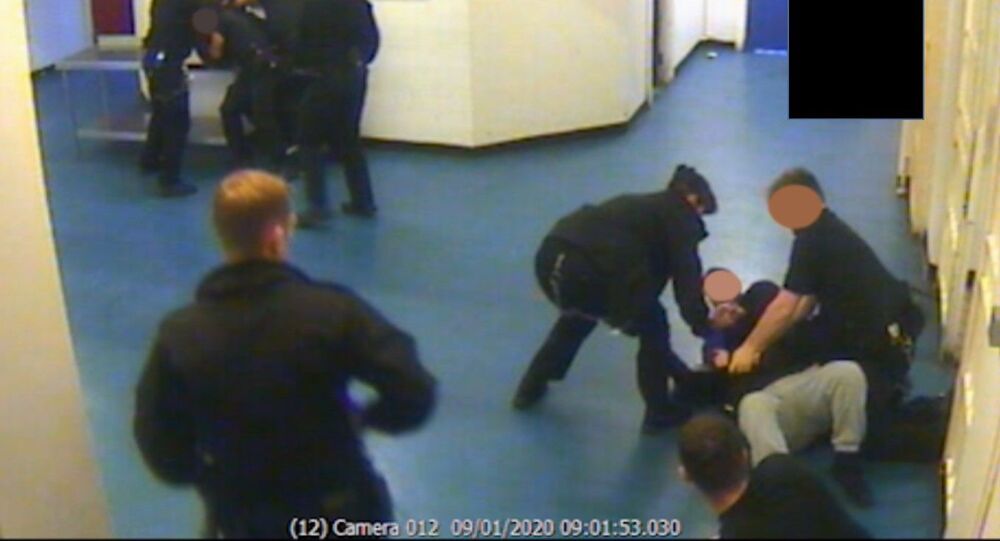 Whitemoor prison in Cambridgeshire is one of the highest security jails in Britain. Among its 430 prisoners are 100 Category A inmates and seven “high risk” convicts.

CCTV footage of two Muslim inmates attacking a prison officer with improvised weapons in Whitemoor jail has been shown to a jury at their trial at the Old Bailey in London.

Brusthom Ziamani, 25, and Baz Hockton, 26, deny attempting to murder Neil Trundle, a prison officer at Whitemoor, a high security jail in the east of England.

The jury has been told Ziamani had been convicted in 2015 of plotting to behead a British soldier.

CCTV played in court today shows the moment the two defendants first grabbed Prison Officer Trundle as he turned his back to them.

The officer said he was trying to help Ziamani by getting a spoon from the store room for him pic.twitter.com/Zzo9lYuklO

​On Wednesday, 23 September, the jury was shown CCTV footage from inside the prison’s A wing on 9 January this year.

Ziamani and Hockton asked Mr Trundle for a plastic cutlery spoon and when he unlocked a storage cupboard to get it they jumped on him from behind, stabbing at him with “shanks” fashioned from lumps of twisted metal. 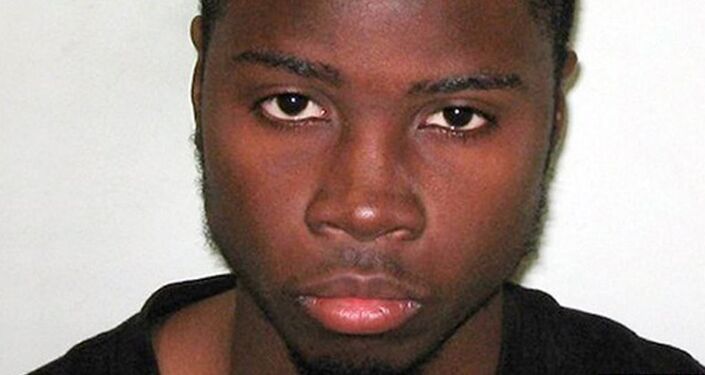 © Photo : Metropolitan Police
Brusthom Ziamani, who is accused of attempting murder a guard at Whitemoor prison

The jury has heard from prosecutor Annabel Darlow QC that the men were wearing fake suicide belts and one shouted "Allahu Akbar (God is Great)” as they attacked him.

When other prison officers rushed to the scene of the attack Ziamani and Hockton confronted them, before finally being overpowered.

Prison officer Georgina Ibbotson said when she arrived at the scene the pair were “really hyped up and full of adrenaline, very intimidating.”

She said Ziamani punched her full in the face and she said she hid in a cupboard with a nurse, Jane Powell.

“I feared for my life,” she told the jury.

Giving evidence, Mr Trundle said he had never had any confrontations or crossed words with the pair until the day of the attack.

He said: “As I unlocked the door, before I knew it I was on the floor on my back…I wasn’t sure how I ended up there but I was being attacked.”

Mr Trundle said: “I could feel a stinging, I could feel stabbing to my head. It wasn’t massively painful but I could feel people attacking my body. I didn’t realise the damage (they had done) until I got to the hospital.”

​On the CCTV footage Mr Trundle can be seen with blood all over his face as got up off the floor as his colleagues restrained the pair.

The jury has been told that at one point Ziamani opened up his jacket to reveal the suicide belt and warned officers: "I've got a bomb."

"It is the prosecution case that the defendants were motivated to commit the attack by extremist Islamic ideology. It was a terrorist attack," said Ms Darlow on Tuesday.

She said detectives later found extremist Islamic literature in the cells of both men, including a four-page letter handwritten by Ziamani in which he said he dedicated himself to the cause of Daesh and said he had an "expectation of immediate martyrdom."

Ms Darlow said Hockton had converted to Islam in 2014 but his faith was "corrupted into extremism" while he was in jail.

The jury was told that after the attack both men were transferred - Ziamani to Full Sutton prison and Hockton to Long Lartin jail, although both are in Belmarsh prison during the trial.

Both men deny attempted murder but Hockton has pleaded guilty to wounding with intent.