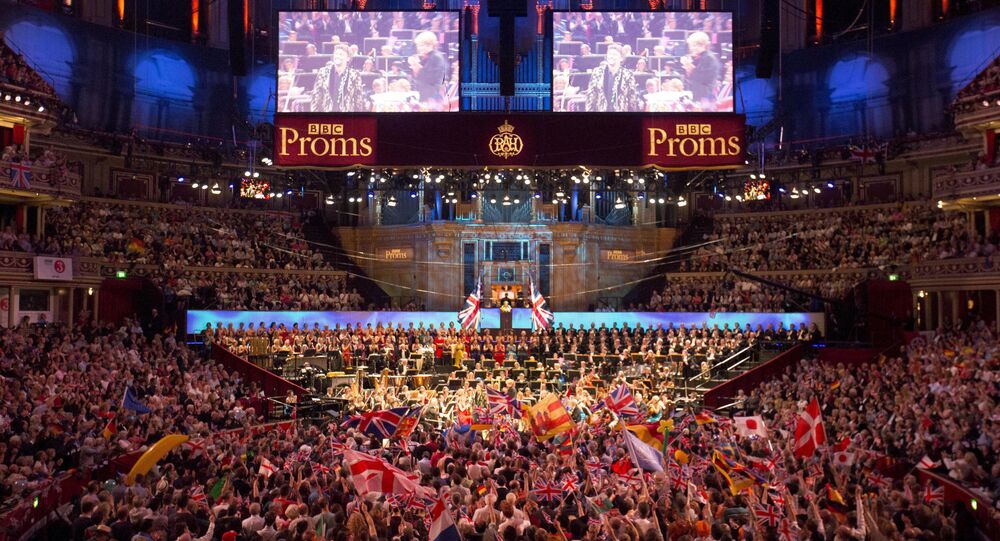 The debate over the BBC’s decision to remove the lyrics of two traditional British anthems appears to have left many feeling that an agenda of political correctness has taken over society. It has also lead to questions about whether the BBC is out of touch with the majority of Brits.

The former director of the BBC’s The Proms has written that politicians “meddling in concert programming” are a “laughable irrelevance.”

Wading onto what has become somewhat of a hot-button issue in Britain’s ongoing culture wars, Sir Nicholas Kenyon has written in the pages of The Observer that the ongoing argument about Rule, Britannia! And Land of Hope and Glory represents “the very worst tendencies of British manufactured controversies.”

Sir Kenyon, who directed The Proms from 1996 until 2007, describes the “synthetic row” as “kneejerk BBC bashing, a familiar and all-too-easy target… [and] politicians meddling in concert programming, a laughable irrelevance.”

Mr Kenyon argued that The Proms, “has to respond to the mood of the moment and to change with changing circumstances.”

It was decided that the usually sizeable audience that attends the televised Last Night at the Proms and sings along with the lyrics of Rule, Britannia! And Land of Hope and Glory would not be present this year due to social distancing rules. It was also decided that an orchestra would play instrumental versions of the songs without on-stage singers.

Yet, a host of political voices - including Prime Minister Boris Johnson, former UKIP leader Nigel Farage, Culture Secretary Oliver Dowden and Business Secretary Alok Sharma - argued that the BBC was instead capitulating to a politically correct agenda. Some activists argue that the traditional songs Rule, Britannia! And Land of Hope and Glory have lyrical ties to the age of British imperialism and colonialism.

Boris Johnson said that he could not believe that “they will not sing the words.” He also said that, “I think it’s time we stopped our cringing embarrassment about our history, about our traditions, and about our culture and we stop this general bout of self-recrimination and wetness.”

Alok Sharma argued that the BBC should subtitle the words so that audiences at home could sing along if they so wished.

Nigel Farage said on the TV programme This Morning during a debate with a BLM activist that, “the BBC have gotten this hopelessly wrong. The overwhelming majority of people in this country that care about this want The Proms to be as they’ve always been.”

A number of newspapers, such as The Daily Mail, the Daily Express, and The Sun condemned the move. The Sun published as one of its headlines, “Land of Woke and Glory.”

Indeed, it appears that Mr Farage may not be too far from the truth.

According to a YouGov survey, 55% of Brits were against the BBC’ decision to perform only an instrumental version of the songs. More damningly of the BBC’s decision, a meagre 5% of respondents said that they thought the songs should not be performed at all.

The row was initially sparked when a Sunday Times article reported that the songs could be dropped entirely from the annual music as part of an effort to “decolonise” the traditional event in the wake of the Black Lives Matter protests, particularly because of the lyric “Britons shall never be slaves.”

The BBC has issued a statement on the issue, saying that, “For the avoidance of any doubt, these songs will be sung next year. We obviously share the disappointment of everyone that the Proms will have to be different but believe this is the best solution in the circumstances and look forward to their traditional return next year.”

In a further development, the incoming director of the BBC, Tim Davie, believes that the decision by the current chief, Lord Tony Hall, not to have the patriotic anthems sung at The Proms wreaked "terrible damage" to the corporation, insiders told The Sun.

Mr Davie, who will take the reins of the BBC on September 1st, will reportedly immediately reverse course on the decision.

"Tim's immediate priority will be to undo the terrible damage done by Tony. Tim has a chance to do a big, crowd-pleasing U-turn on a policy that is wildly unpopular," the BBC source is quoted as saying.

"This is another example of the BBC walking into a completely unnecessary and absurd row about culture," the source reportedly added.

Those comments come after ex-BBC chairman, Michael Grade, launched a scathing attack on the Beeb for its decision, calling it "idiotic" and a "ghastly mistake" by executives who have "lost touch" with the public.