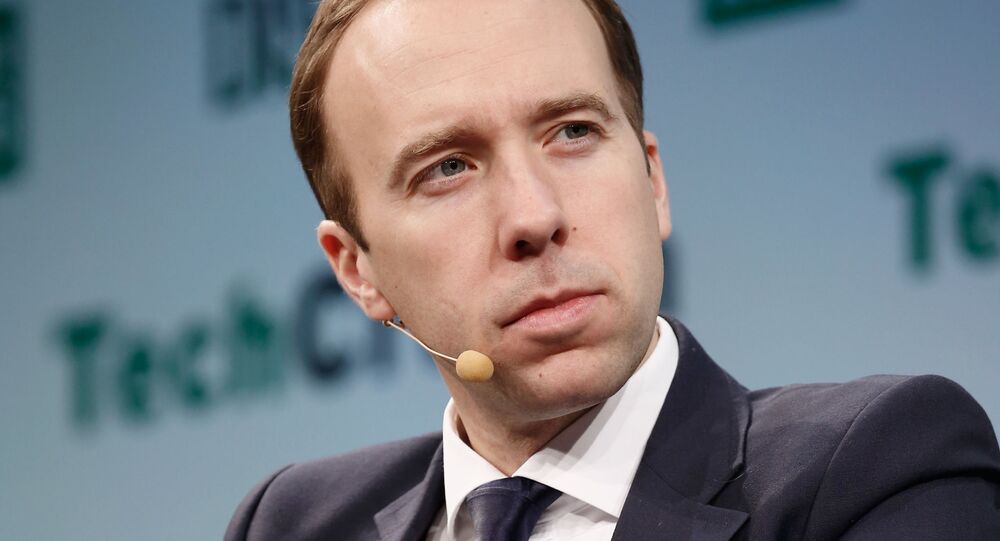 A recent interview with the UK health chief has sparked utter disbelief and anger among business leaders, who suggested that “career politicians” will hardly lead the country successfully through the woes of the corona crisis.

Health Secretary Matt Hancock has been called out for “scaremongering” rhetoric as he pondered on a new lockdown, which financiers and entrepreneurs said could inflict “untold damage” on businesses that are still scrambling to recover from the first, almost three-month-long, one.

“I find it very frustrating – it’s incredibly inconsistent”, leading City financier Dame Helena Morrissey told the Mail on Sunday, noting that she finds it “very perplexing and disappointing that he’s putting fear in”.

She went on to stress that while Britain expects schoolchildren to get back to their classrooms one of these day, the fearmongering debate about the implications of a second wave is “very dangerous”.

“I think that Matt Hancock seems to be marching to his own tune. He seems to be saying things that don’t fit at all with some of the other advice that we’re being given”, Mrs Morrissey said, adding that it stands to reason that the balance of risks has “shifted from all health to health and the economy”.

Charlie Mullins, founder of London firm Pimlico Plumbers, in his turn, queried how long this uncertainty would be lingering there:

“I don’t think he [Matt Hancock] is helping and I feel that he needs to be more encouraging than discouraging”, Mullins said, stressing that a second lockdown would hardly be beneficial for Britons:

“If we don’t go back to work, we’re all going to be worse off anyhow because obviously there won’t be jobs to go to”, he said.

Hancock was ripped to pieces online as well, with Clive Jacobs, founder of the leisure car hire firm Holiday Autos, posting on Twitter:

“When history is written in years to come people will laugh at how imbeciles like him were allowed to destroy our way of life unnecessarily”.

Travel industry expert David Speakman also weighed in, calling out the health secretary and condemning his policies as “irrational”:

“Where is Boris Johnson [and] Michael Gove putting him in line?" he went on in his rant, pointing to the division between the authorities and the public:

“It illustrates the disconnect between the people and the Establishment. The Establishment that believe they know better and try to rule rather than support… Career politicians don’t help”, he concluded his verdict.

Hancock told The Times yesterday that England stood a solid chance of facing new nationwide corona-related limitations and extensive local lockdowns in the event of a second wave of COVID-19 this winter.

He warned in an interview that countries in other parts of the world were already battling a resurgence of the novel virus, depicting the “threat” as “very serious”. He also pointed out that since tests of new vaccines are still underway and may not arrive soon, grandparents may be unable to hug their grandchildren this Christmas.

The comments came as the UK saw the number of new COVID infections fall 14 percent as compared to last week’s estimates, with 1,108 people testing positive in the 24 hours leading up to Friday. The total number of cases has spiked to 332,752, according to the Health Department, with the average amounting to roughly 1,170 new cases every day, after strings of no four-figure days were reported throughout June and July.

Last month, the UK Academy of Medical Sciences claimed that should a second wave of the coronavirus arrive in the country, it would be worse than the first one and could result in about 120,000 new fatal cases if authorities don't take decisive measures to counter the outbreak.

Reopened Pubs in England May Require Customers to Check In, Matt Hancock Suggests