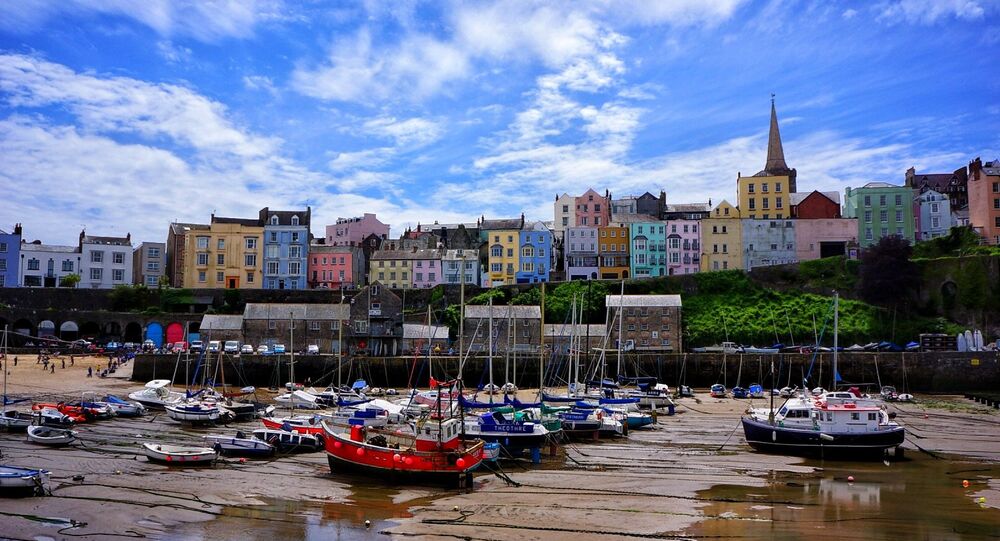 The visit comes a month after the House of Lords passed the first key legislation on fishing rights in roughly 40 years, which will be scrutinised in Commons amid a second reading in September.

UK fisheries minister Victoria Prentis met representatives in the fisheries and seafood sector on Tuesday to discuss the town's fishing industry, the UK government announced in a statement.

Numerous key topics such as aquaculture and inshore fisheries were discussed with officials in Wales, including Seafish Processing and Importers Panel chair Jon Parker and Seafish manager for Wales, Emma Wootton.

© CC0
Michael Gove ‘Working Round the Clock' to Ready UK for No-Deal Brexit Amid Stalled Talks With EU
The Welsh catching sector employs roughly 1,200 people and has been hit by the ongoing COVID-19 pandemic, the statement said. But the UK Fisheries Minister reaffirmed her commitment to backing all regions affected by the economic crisis, stating the UK would be "taking full advantage" of options by scrapping the "outdated" Common Fisheries Policy.

"The Fisheries Bill will give us the powers to protect our precious fish stocks while enabling our seafood sector to thrive, and as we establish new relationships with the EU and other coastal States I am confident that there is a thriving future for fishermen and women in this country, Ms Prentis said in a statement.

Jon Parker, Seafish Panel and Wales Committee Chair, added that the visit had been "valuable and insightful" in discussing progress within Tenby's fisheries sector.

The news comes as UK lawmakers are set to scrutinise the Fisheries Bill 2020, which aims to end "automatic rights for [European Union] vessels to fish in British waters," Defra said in a statement in July.

The UK was rapidly approaching "the end of Transition Period" but the Fisheries Bill would provide "a thriving and sustainable future" for Welsh maritime industries, Jim Evans, The Welsh Fishermen’s Association said.

© CC BY 2.0 / Marcus Meissner / Dover ferry port
UK Introduces £705 Million Package to Ensure Britain's Post-Brexit Borders Are 'Fully Operational'
The news comes amid fierce talks with EU Brexit chief negotiator Michel Barnier, who reportedly sought to boost lobbying power from countries such as France and the Netherlands, according to a source speaking to the Times.

But the UK's counterpart, David Frost, said that there had been "little progress" in negotiations, with a Whitehall source speaking to the Daily Mail stating that although an agreement by the end of September was possible, "a long to-do list still remains" and that time was "of the essence for both sides".

Britain has entered a transition period after leaving the EU on 31 December last year and will use its 200-mile economic zone extending from its shores, blocking EU members from fishing in its waters without prior agreements.