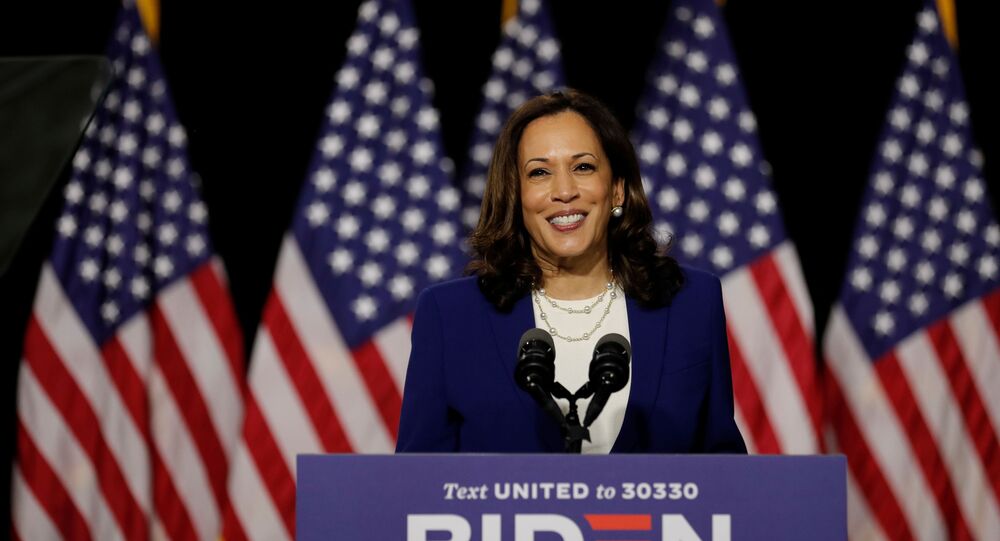 During the 2008 presidential election many on the right of the Republican Party put forward the false assertion that Barack Obama had been born in Kenya and was not eligible to be President. Now a new “birther” theory has been put forward about Kamala Harris.

President Donald Trump has fuelled a row about whether Joe Biden's running mate Kamala Harris is eligible for office because her parents were immigrants.

In an article in Newsweek, John Eastman a law professor from Chapman University claimed some "commentators" believed Harris was ineligible as she was not a "natural born citizen" because her parents were in the US on student visas at the time of her birth in 1964.

Trump REFUSES to shoot down new birther claim this time that Kamala Harris can't run for VP because her parents are immigrants - and calls the crackpot Republican lawyer who pushed the theory 'highly respected.'

​Harris was born in Oakland, California to a father who came from Jamaica and a mother from India, both of whom later became naturalised citizens.

Eastman - who once tried to win the Republican nomination for candidate in California’s gubernatorial election - wrote: "The language of Article II is that one must be a natural-born citizen. The original Constitution did not define citizenship, but the 14th Amendment does—and it provides that ‘all persons born...in the United States, and subject to the jurisdiction thereof, are citizens.’ Those who claim that birth alone is sufficient overlook the second phrase."

trump is now starting a new 'birther' conspiracy theory about @SenKamalaHarris
Just. Because. She. Is. Black.

trump is a racist.

​President Trump was asked about the new “birther” theory at a White House press briefing on Thursday, 14 August, said: "I heard it today that she doesn't meet the requirements. And, by the way, the lawyer that wrote that piece is a very highly qualified, very talented lawyer. I have no idea if that's right.”

Trump mischievously went on to say: "I would have assumed the Democrats would have checked that out before she gets chosen to run for vice president. But that's very serious…they're saying that she doesn't qualify because she wasn't born in this country."

The journalist who asked the question then corrected Trump and said there was no doubt Harris was born in the US but the question was whether her parents were permanent residents at the time.

Kamala Harris was born in Oakland. Which is in California. Which is in the United States. Which makes her eligible to be President.

Birtherism is racism. Plain and simple. And it’s a vile slander on a another great American success story.

​The controversy has echoes of the “birther” conspiracy theory about Barack Obama which was posited by white supremacists and others on the right of the Republican Party.

Trump supported it for months but eventually acknowledged towards the end of his 2016 presidential campaign that Obama was indeed born in Hawaii.

The US Constitution says any “natural-born US citizen” over the age of 35 is eligible to be president or vice president.

Constitutional law expert Erwin Chemerinsky told CBS News: "Some conservatives, such as John Eastman, think…being born in the country is not enough. (They're) clearly wrong under the language of the 14th Amendment and under Supreme Court precedent."

Prof. Tribe said: "I hadn't wanted to comment on this because it's such an idiotic theory. There is nothing to it."