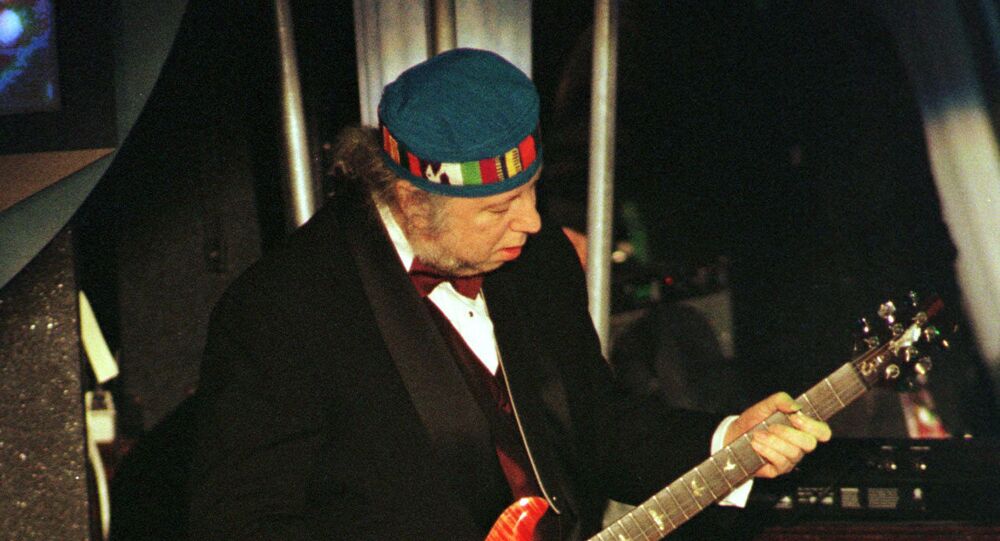 Guitarist Peter Green formed Fleetwood Mac in 1967 with drummer Mick Fleetwood. He left the band in 1970 for mental health reasons and was later diagnosed with schizophrenia. He returned to performing in the 1990s.

Fleetwood Mac’s co-founder and guitarist Peter Green has died at the age of 73, solicitors acting on behalf of his family have confirmed.

In a statement Swan Turton solicitors said, "It is with great sadness that the family of Peter Green announce his death this weekend, peacefully in his sleep. A further statement will be provided in the coming days."

His songs including “Albatross”, “Black Magic Woman”, and “Man of the World” appeared on singles charts and several have been adapted by a variety of musicians.

Green left the band after a last performance in 1970 due to mental health issues and was eventually diagnosed with schizophrenia in the mid-1970s when he spent some time in hospital. He later admitted that he may have embarked on too many LSD trips.

He returned to performing in the 1990s after having various other jobs including a gravedigger and a petrol-pump attendant.

He was among the eight members of the band - along with Fleetwood, Stevie Nicks, Lindsey Buckingham, John McVie, Christine McVie, Danny Kirwan and Jeremy Spencer - who were inducted into the Rock & Roll Hall of Fame in 1998.

British singer-songwriter Cat Stevens paid tribute to Green on Twitter referring to him as “one of the unsung heroes of musical integrity, innovation and spirit.”

God bless the ineffable Peter Green, one of the unsung heroes of musical integrity, innovation and spirit. When I heard he left Fleetwood Mac in 1970 to get a real life and donate his wealth to charity, he became something of a model for me.

​While Whitesnake’s David Coverdale described him as a “breathtaking singer.”

An Artist I Truly Loved & Admired…From The First Time I Heard Him…I Supported The Original Fleetwood Mac At Redcar Jazz Club When I Was In A Local Band…He Was A Breathtaking Singer, Guitarist & Composer…
I know Who I Will Be Listening To Today…RIP https://t.co/VvkGaY6ZMf

​Earlier this year, a number of artists including Fleetwood, Pink Floyd’s David Gilmour, ZZ Top’s Billy Gibbons and guitarists Jonny Lang and Andy Fairweather Low performed at the London Palladium in a gig celebrating the early years of Fleetwood Mac and its founder, Green.