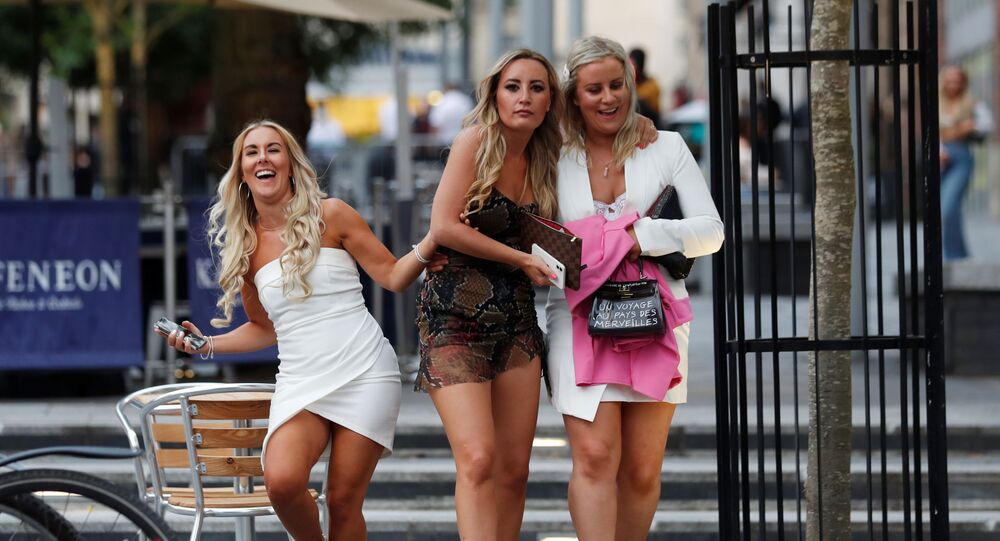 A recurring theme of the coronavirus pandemic the world over has been the frequency with which politicians’ statements seemingly contradict reality – claims of success in battling COVID19, and “flattening the curve” while rates of infection and deaths rise being a prime example.

In just the latest example of this phenomenon, UK Police Federation chair John Apter has said it’s “crystal clear” drunk people aren’t able to properly socially distance, after pubs reopened in England for the first time since lockdown was imposed at the start of March 4th July – but his claims have been rebutted by Health Secretary Matt Hancock, who’s praised the “vast majority” of Britons for behaving responsibly.

Medical professionals, including Chris Whitty, Chief Medical Officer for England, Chief Medical Adviser to the UK Government, Chief Scientific Adviser at the Department of Health and Social Care and Head of the National Institute for Health Research, have warned the pandemic “is a long way from gone” and urged the public to continue to adhere to social-distancing rules despite a relaxation on restrictions. However, pictures from all over the country taken the evening of the day pubs reopened, and indeed the morning after, show revellers packed tightly together in streets, pubs and beer gardens.

“It was a busy night but the shift managed to cope. I know other areas have had issues with officers being assaulted,” Apter added.

Despite these grave concerns, in an interview with Sky News 5th July, Hancock expressed delight over how people behaved as pubs and a wide range of premises in the hospitality and service sectors opened, in the biggest easing of lockdown measures in England to date, and dismissed Apter’s comments outright.

“From what I’ve seen, although there’s some pictures to the contrary, very, very largely people have acted responsibly. So overall I’m pleased with what happened yesterday. It was really good to see people out and about and largely, very largely, social distancing,” he alleged.

​Asked directly to comment on Apter’s comments, Hancock said throughout the coronavirus crisis there’d always been “very unhelpful” incidents but this represented a slight minority.

“The large proportion of people, the vast majority of people, are, I think, doing the right thing. People should enjoy summer safely, and of course the emphasis is both on enjoy and safely. We’ve got this virus getting right under control, the number of new infections is under 600 on the last data, so it is really coming down in terms of the number of positive cases we’re finding and that is good news - but we’ve just got to have the resilience and resolve to stick at it and to be very careful in how we enjoy those new freedoms,” he said.