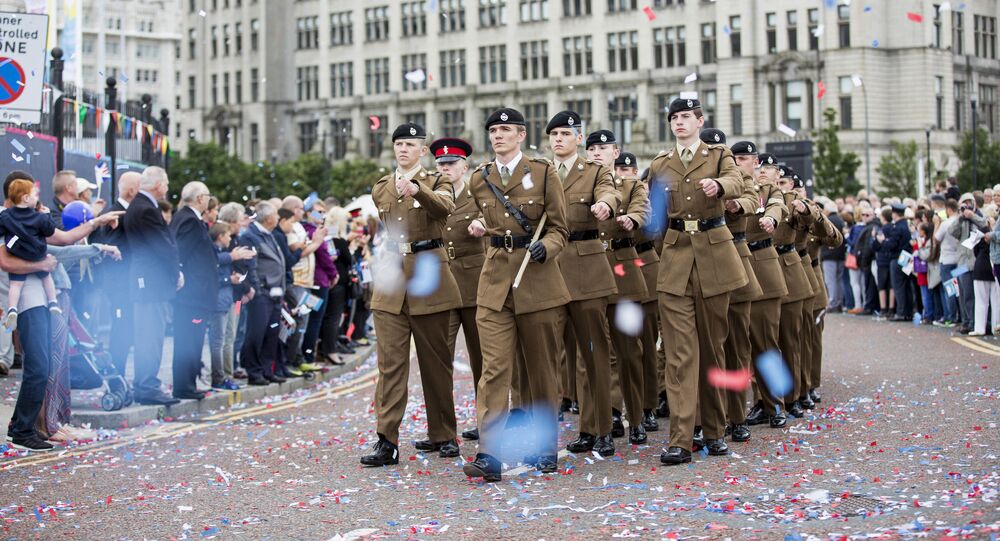 The findings come as Britain's top military charity, which supports soldiers and veterans in periods of hardship and crisis, has called on the public to celebrate Armed Forces Week to commemorate active and veteran military staff battling the COVID-19 pandemic with key workers.

Roughly 66 percent of UK citizens would back reintroducing the National Service in the UK due to values learned in military service, according to a new survey.

Service should be imposed on adults aged 18 and older regardless of gender or background, three-fourths of respondents said in a poll from UK armed forces charity SSAFA.

The poll also found 53 percent of Brits thought a National Service could teach discipline and respect to young adults, with 42 percent of responders stating felt it would lower crime in British society.

Over half (51 percent) believed the National Service should be completed in two years, the survey found.

41 percent of those polled also said that compulsory service would boost pride and morale in society, with 39 percent adding it would "restore lost values to society".

The pandemic had shown the "adaptability and dependability" of the UK Armed Forces, with staff from all backgrounds joining efforts to fight the virus, SSAFA chief executive Sir Andrew Gregory said in a statement.

"They have demonstrated yet again selfless commitment, respect for others and much more, all of which are core to service in the British military. Armed Forces Day is an opportunity to respect and thank those in the Royal Navy, Royal Marines, British Army and Royal Air Force who protect our freedoms, put the needs of the Nation before their own and add so much to the fabric of daily life," Sir Andrew said.

The news comes as the charity calls on the public to commemorate Armed Forces Day as active and veteran military personnel join the fight against COVID-19.

Downing Street deployed the military in places such as the Isle of Wight last month to support National Health Service (NHS) staff, police and other key frontline workers as well as efforts to test the government's contact tracing app.

Compulsory military service was phased out of the UK by 1963 following numerous conflicts, including World War II and the 'forgotten' Korean War which took place from 1950 to 1953.

Armed Forces Week will take place from 22 to 28 June, with Armed Forces Day celebrations set to kick off on 27 June.