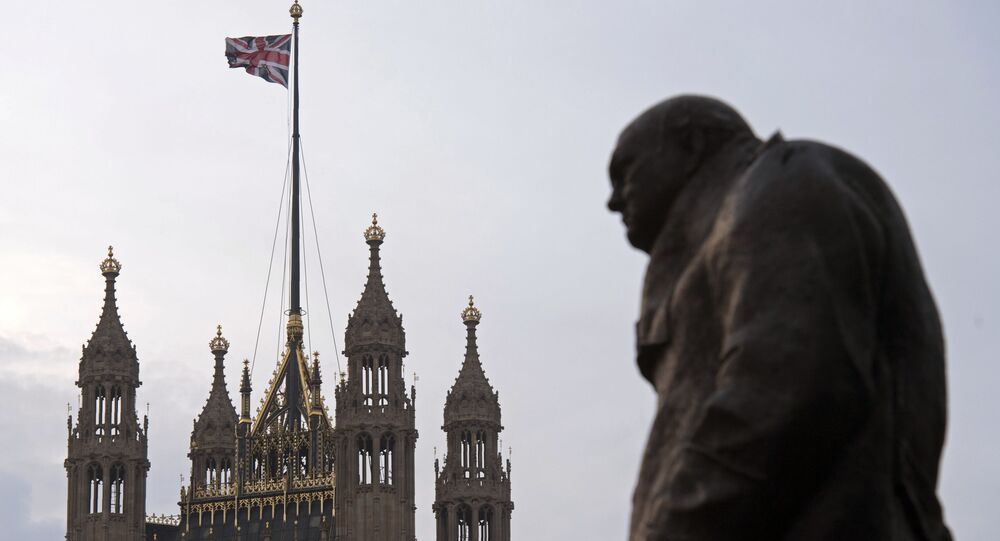 Earlier this week, Johnson said he will not "indulge those who break the law, or attack the police, or desecrate public monuments".

British Prime Minister Boris Johnson said on Friday that it is "absurd and shameful" that a monument to Winston Churchill should today be at risk of attack by violent protesters.

It is absurd and shameful that this national monument should today be at risk of attack by violent protestors. Yes, he sometimes expressed opinions that were and are unacceptable to us today, but he was a hero, and he fully deserves his memorial. 2/8

We cannot now try to edit or censor our past. We cannot pretend to have a different history. The statues in our cities and towns were put up by previous generations. 3/8

He added that anti-racism rallies in the UK have been "hijacked by extremists".​

During a demonstration in London earlier this week, a protester daubed the words "was a racist" on the monument to Winston Churchill, who was the country's prime minister from 1940-1945 and from 1951-1954. Earlier in Bristol, a statue of slave trader Edward Colston was pulled down from its base and dumped into the river.

Boris Johnson said he saw the removal of the monument as a criminal act. He later said that he will not "indulge those who break the law, or attack the police, or desecrate public monuments", adding that violent protesters will "face the full force of the law" for their actions.

Protests in the UK have been continuing for over a week now, following nationwide rallies in the US that were sparked by the death of African American man George Floyd during police arrest in Minneapolis on 25 May. People have been taking to the streets all over the globe to protest against police brutality and racism.