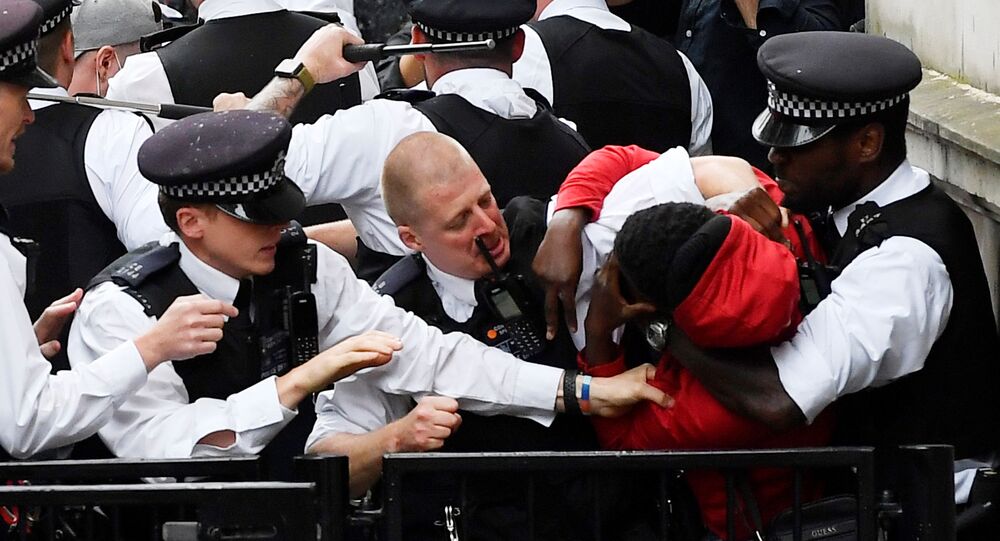 An anti-racism demonstration in London has resulted in brief clashes between protesters and police. The brawls flared up in the vicinity of UK Prime Minister Boris Johnson's office at Number 10 Downing Street.

The videos showing altercations between demonstrators and police have emerged online.

​Tens of thousands of Britons took to London’s streets on Wednesday in a show of solidarity with the George Floyd protesters across the United States.

The previous protest, held in the UK capital on May 31, led to the police arresting 23 people in front of the US Embassy for various offences, including "possession of an offensive weapon to assault on police, obstructing a public carriageway" and violating anti-coronavirus restrictions.

Mass protests have been held in countries around the world since George Floyd, an unarmed 46-year-old African-American man, died after a police officer knelt on his neck in Minneapolis, Minnesota on 25 May.

Some of the protests have turned into riots, complete with violence, arson, and widespread looting. The demonstrations erupted after a video surfaced showing white police officer Derek Chauvin kneeling on Floyd's neck for nearly nine minutes before he lost consciousness. On 1 June, the county examiner ruled Floyd's death a homicide.