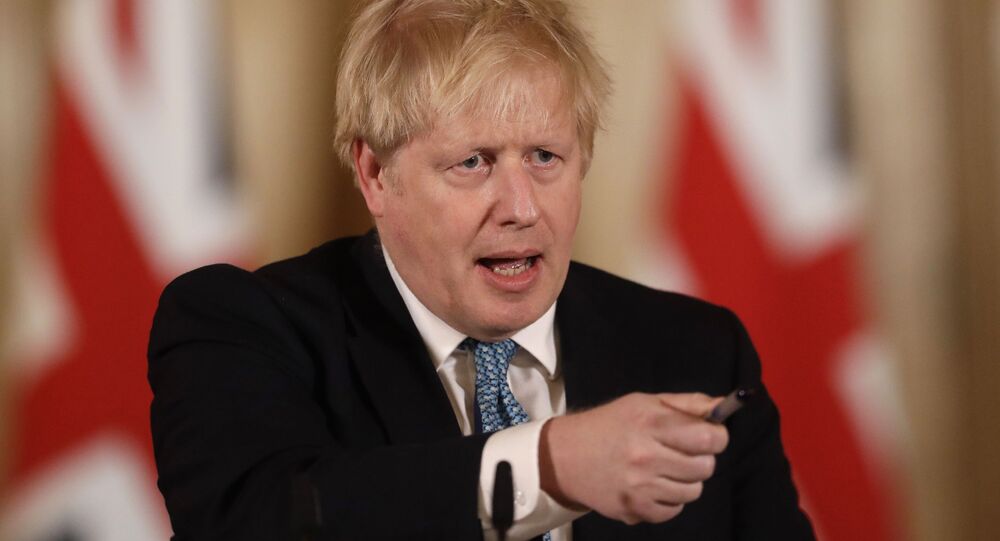 Boris Johnson has reportedly put a gag on his maverick “svengali” Dominic Cummings, preventing him from making new explosive media appearances and controversial blog posts after previously rising to his defence.

The prime minister has given instructions to his right-hand man Dominic Cummings to stay firmly out of the public eye in the wake of a huge outcry over the latter's ill-fated trip from London to Durham in the midst of the lockdown, the Mail on Sunday reported citing a source as claiming that "Dom's been firmly put in his place".

The PM reportedly gave Cummings a "last chance ultimatum", warning that he would not "tolerate" another such firestorm due to reputational concerns.

One source described how the prime minister was "very miffed" with how the fallout was handled, despite generally being satisfied with Cummings’ explanation of his actions earlier this week.

"The prime minister has made it absolutely clear that Dominic cannot be the story again. He will not tolerate it. If it happens again, he’s out", one insider said, with a second suggesting he doesn’t expect "there will be any blog posts or media appearances by Dom for a very long time".

The purported warning comes after the newspaper wrote that a retired teacher who reported the No. 10 adviser to police broke the lockdown rules himself, also adding that a much-cited "witness" who claimed Cummings had made a second trip to his family home, as earlier reported by The Guardian, admitted he had jokingly made up the claims. 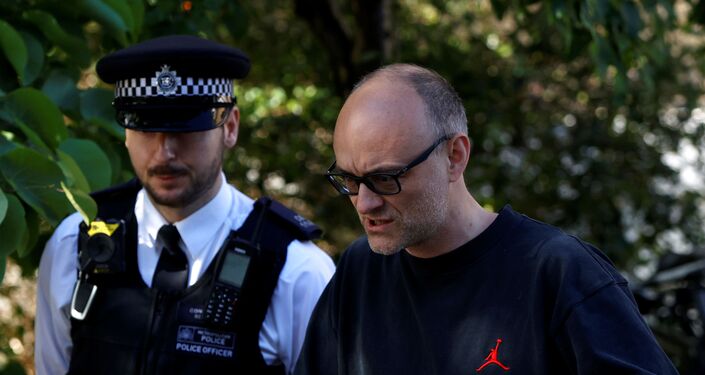 © REUTERS / JOHN SIBLEY
Dominic Cummings, special advisor for Britain's Prime Minister Boris Johnson, with a police officer as he leaves his home in London, following the outbreak of the coronavirus disease (COVID-19), London, Britain, May 29, 2020

According to the Mail report, Tim Matthews said that he altered the data on a running app to record routes and times to make it seem like he had seen Cummings in Durham six days after he had returned to London allegedly recovered from the novel virus. "I undid it later, I’m sorry. A bit of comedy value even if it was really inappropriate", Matthews remarked apologetically.

Meanwhile, former teacher Robin Lees, who notified police about the aide allegedly visiting a tourist destination not far from his parents’ Durham home - Barnard Castle - last night admitted to making a long-distance trip himself, claiming he had complied with all the rules that were effective at the time when he picked up his student daughter from her boyfriend's home. He ostensibly referred to the recovery guideline that allowed citizens to travel some distance for outdoor exercise beginning on 13 May.

Separately, the Mail on Sunday reported that in addition to a shared desire to "hold Dominic Cummings to account", the aide's most vehement attackers appeared united by another, purely political, cause: opposition to Brexit.

Durham Police last week determined that Cummings, who travelled around 260 miles to his parents’ farm to ensure there would be someone to care for his little son in case he and his wife became incapacitated with coronavirus, may have committed "a minor breach" of lockdown rules by heading to Barnard Castle on 12 April.

Despite a severe backlash from ministers and MPs, as well as the general public, Johnson argued that his aide had acted with "integrity”"and out of the best interests of his family, which the rules have special provisions for.

The government has now embarked on a recovery effort to assist the nation's reopening by announcing that the 2.2 million people who have been staying in during the pandemic will from 1 June be able to go outside with those in their household or one person from another household. In line with Johnson's roadmap, schools and a number of non-essential businesses will be reopened in the coming days, provided vital social-distancing and individual protection measures remain in place.

The UK corona death toll has to date risen to 38,376 with a further 215 fatalities confirmed by the NHS on Saturday. The number of confirmed UK cases had hit 272,826, as of Saturday night.