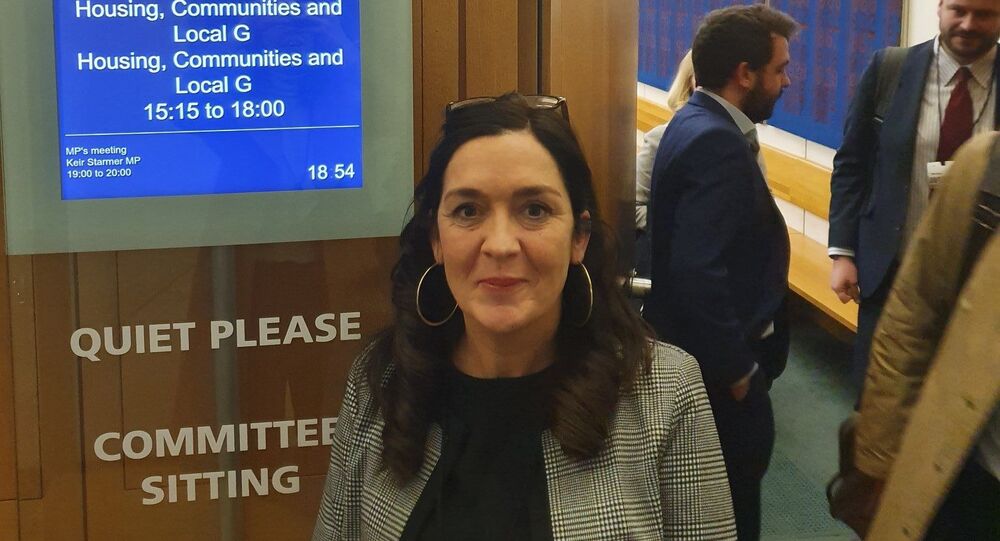 Current lockdown measures, which were eased on 13 May, stipulate that only two people from different households can meet in outdoor settings – such as parks – as long as they stay more than 2 metres apart.

Liverpool Deputy Mayor Lynnie Hinnigan has temporarily stepped down and apologised after footage emerged of a birthday gathering at her house during the strictest period of the coronavirus lockdown, the Liverpool Echo reports.

The Labour councillor Lynnie Hinnigan told the paper that the event for her 50th birthday was not a party, and that she had stayed away from family and friends.

However video clips, which appear to be uploaded on an Instagram story on 9 May, show at least 12 guests gathered in the councillor's garden, with a large number of chairs laid out.

The Labour party said she has "voluntarily and temporarily" stepped down while it investigates.

Cllr Hinnigan told the Liverpool Echo: "I really wasn't aware that it was happening; it was genuinely a surprise. Everyone is finding lockdown hard, not seeing family and friends, but everyone should still follow the rules, stay alert, stay safe and socially distance which is exactly what I told my daughter and the reason I never left the house.”

"I am sorry if this has hurt anyone as it was never mine or my daughter's intention.”

Leader of the Lib Dem opposition, councillor Richard Kemp, had called for her resignation, saying: "Those of us in public life must set an example,” the BBC reports.

He said it was "vital that swift action is taken when elected representatives of any party transgress clear guidelines for behaviour at this crucial time".

"We cannot demand hard actions from the people of Liverpool yet adopt a different attitude when it comes to our own behaviour," he added.

The news of Hinnigan’s gathering comes after a series of political figures were accused of acting against public health advice.

On Thursday, Peter Gibson, the Conservative MP for Darlington, said he made a 250-mile journey on a train home while experiencing coronavirus symptoms in March, before the nationwide lockdown. He said he was advised to make the trip home by the MPs’ coronavirus helpline, according to the Guardian.

In a statement, councillor Ruth Bennett, the chief whip of the Liverpool Labour Group, said: "We have received emails regarding Lynnie Hinnigan and can confirm that she is being investigated.

"In the meantime, she has, in agreement with the mayor, voluntarily and temporarily stepped down from her council roles with immediate effect during the investigation into her actions."

Under a cautious easing of the restrictions, Boris Johnson has announced that groups of up to six in England will be allowed to gather in gardens while keeping 2 metres apart from Monday.