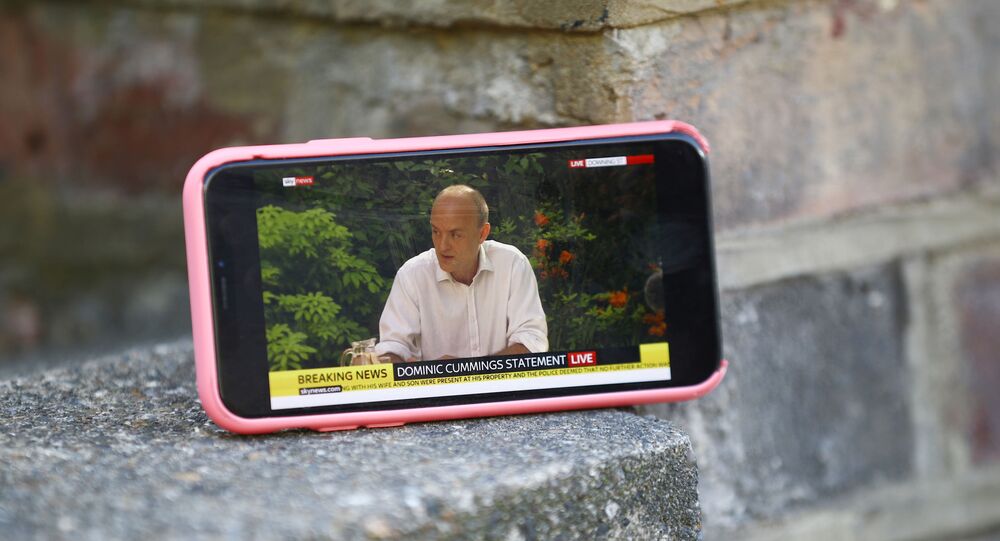 Aide to British PM Johnson, Dominic Cummings, found himself at the epicentre of a scandal following a report by The Guardian that the official violated the nation's lockdown rules twice in March and April by driving his wife, with COVID-19 symptoms to his parents' house in northeast England.

Douglas Ross, a junior minister in the Scotland Office, has handed in his resignation over Dominic Cummings' refusal to follow the government's advice and breach of the lockdown rules. The official shared his resignation letter on his Twitter account.

Cummings has been embroiled in controversy since The Guardian reported that he drove his family to the northeastern city of Durham in late March to stay with his parents after his wife began manifesting COVID-19 symptoms.

© REUTERS / Simon Dawson
'Cummings Out Fighting': Tuesday's Headlines On Johnson 'Svengali's' Refusal to Quit
He also reportedly made a second trip in April, according to British media.

The aide delivered a speech on Monday in the Downing Street Rose Garden, where he said that he had no regrets about his actions and he believes they were reasonable under the circumstances. He added that he was not going to resign.

While Cummings' actions were condemned by the Labour Party leader and a number of other UK public figures, Prime Minister Johnson stood by his aide's actions, saying that he had acted responsibly.