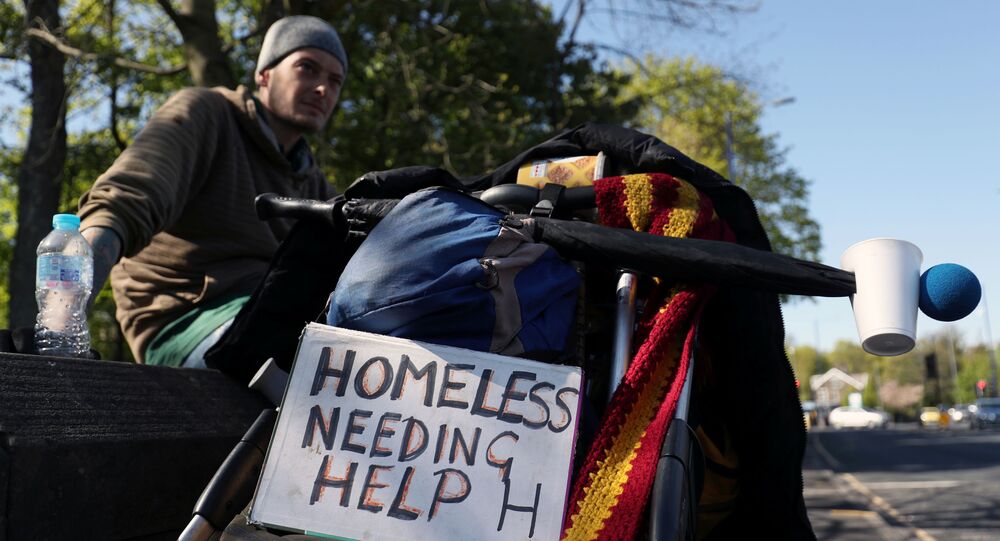 MOSCOW (Sputnik) - The UK government must seize a critical opportunity to end the country’s homelessness crisis and provide 100 million pounds annually in long-term housing support to prevent rough sleepers, who are currently in temporary accommodation amid the COVID-19 outbreak, from returning to the streets, a parliamentary committee said Friday.

“We must praise the efforts of all those who have done so much to help take people off the streets during the current health emergency, but what happens next is crucial. It is simply not good enough for anyone to leave temporary accommodation and end up back on the streets,” Clive Betts, chair of the parliamentary Housing, Communities and Local Government Committee said in a press release.

According to the committee, the UK government must develop and fund a long-term housing strategy for homeless people and take steps to prevent evictions of private sector renters amid the ongoing economic disruption caused by the global pandemic.

“The Government needs to fund a comprehensive housing-led exit strategy for those currently being housed in short term accommodation during the Covid-19 crisis, which we estimate will cost around £100m a year. Secondly, the Government needs to amend legislation to ensure those in the private rented sector who have been caught up in the economic fallout of the pandemic are not evicted when the freeze on eviction proceedings ends,” Betts said.

© AFP 2020 / ANDREW MILLIGAN
Trials for On the Spot Coronavirus Tests Begin in the UK This Week
As part of the government’s efforts to ensure social distancing and reduce the spread of COVID-19, roughly 2,000 homeless people in England were placed in hotels, according to the BBC broadcaster.

However, on May 15, the Manchester Evening News daily reported that funding for the scheme to house rough sleepers is being pulled as the country passes the peak of its coronavirus disease outbreak.

The UK government recorded 4,266 rough sleepers on a single night this past fall, although according to research conducted by the BBC, the real number of homeless people could be five times higher. According to the broadcaster, as many as 25,000 people in England slept rough on at least one night during the previous year.