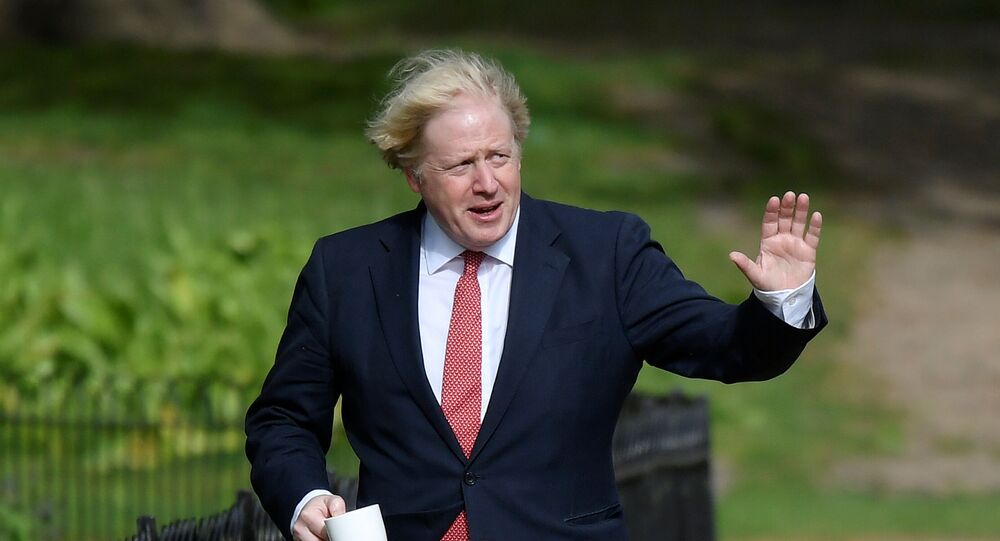 The UK prime minister is said to be determined to use the coronavirus pandemic to get Brits to be healthier, recounting his own issues as he himself tackled the novel virus first in self-isolation and then in hospital in April.

Prime Minister Boris Johnson's recent personal battle with COVID-19 has prompted him to wake up to Britain's urgent need to tackle the obesity issue - a condition that makes patients especially vulnerable to the coronavirus among other health issues, The Times reported citing senior ministers and advisers.

Johnson's reported preference is to promote cycling, so that a greater part of the nation, a quarter of which is known to have obesity problems, will be encouraged to bicycle to work.

The government is already spending £2 billion on this, the edition noted, adding that the PM is “obsessed” with the idea and thinks now is a “good moment to get Britain on its bike” while “it’s all right with you thinnies".

Boris Johnson has indeed long complained that first as foreign secretary and now as head of the government he can't pedal about the capital as much as he used to doing his tenure as mayor, which he has blamed his weight gain on.

Separately, in an unexpected swing to greater interventionalism from a long-standing opposition to a “nanny state” stance, Johnson is understood to be set to review the sugar tax - a levy on the amount of sugar in fizzy drinks introduced two years ago - as well as other “sin” taxes.

As per Johnson, the government also needs to seek ways to incentivise doctors to tell people to slim down to prevent really dangerous outcomes, something that GPs are typically reluctant to do either because they don't see it as their job or due to concerns that it will hurt their relationship of trust with a patient.

He himself admitted two years ago that he had been prompted to lose weight by a doctor telling him that he was 16 and a half stone. However, now he has reportedly told friends he was even heavier than that -  17 and a half stone -  when he was admitted to hospital in April with worsening COVID symptoms.

Tackling the obesity issue is hoped to not just better prepare Britain for living with the coronavirus, especially in the absence of an appropriate vaccine, but it would also ease the pressure placed on the NHS by a whole slew of diseases like type 2 diabetes, The Times wrote.

The news came after NHS figures revealed that one in four UK coronavirus fatalities had diabetes – a condition closely linked to weight issues, including obesity. The latter is understood to double the risk of needing hospital treatment for patients with COVID-19, for instance, as well as the risk of dying from COVID.

Since pre-existing conditions began to be reported on 31 March, around 5,873 (26 percent) of the 22,332 patients who died of the novel virus were found to have had diabetes, as just one underlying condition affecting an estimated one in 16 people in the UK.

According to the most recent estimates, 33,614 people have died of COVID-19 in the UK, including 24,100 in hospitals in England.