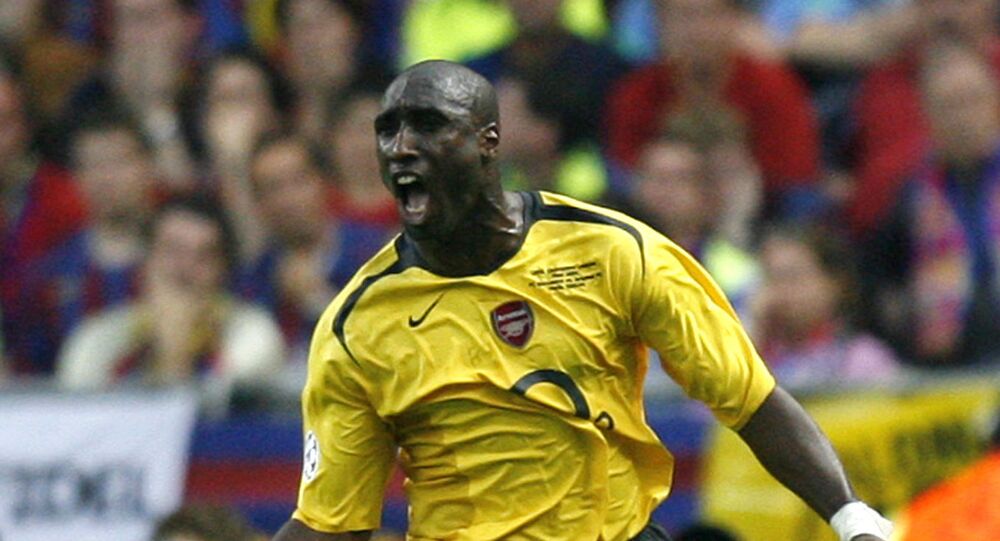 Since the beginning of the outbreak, there have been numerous claims and rumours that SARS-CoV-2, which has infected four million people across the world and resulted in the deaths of almost 300,000, was actually made in a lab.

Arsenal and England star Sol Campbell has questioned whether the coronavirus was designed to attack certain people. In his Twitter post, the 45-year-old, who is regarded as one of the best English defenders of his generation, wrote: "Was the virus a natural mistake or a designed mistake…? I wonder does this virus deliberately attacks a certain blood type….?" Below his comment, he posted a screenshot of a news article that said black people are four times more likely to die from the coronavirus than whites.

The athletes’ speculation deeply upset social media users, who bombarded him with comments.

Give Sol his phone back whoever wrote this

Another user wrote that he doesn’t agree with the analysis conducted by UK’s Office for National Statistics, but criticised the footballer’s hypothesis that the virus was created to kill certain people.

My white cousin and 2 white friends who have died from this disease might beg to differ.

Thanks. What's more annoying is I'm not downplaying the fact that this virus does appear to affect ethnic minorities more. But claiming it's designed to target them is stupid and downright dangerous.

​The development comes as the United Kingdom became the first European country to surpass the 30,000 death toll mark. At the time of writing, Britain is the second-worst hit country by the coronavirus pandemic in terms of deaths after the United States, with 31,241 fatalities. The death toll in the US stands at 78,704.

Since the beginning of the outbreak, numerous claims have appeared that SARS-CoV-2 was man-made. US Secretary of State Mike Pompeo alleged that the coronavirus may have originated in a lab in the Chinese city of Wuhan, where the first cases were reported. The official continued to make these claims even after US intelligence concluded that the virus was not genetically modified. At the end of April, the World Health Organisation said evidence suggests that COVID-19 originated in animals and was not produced in laboratory.