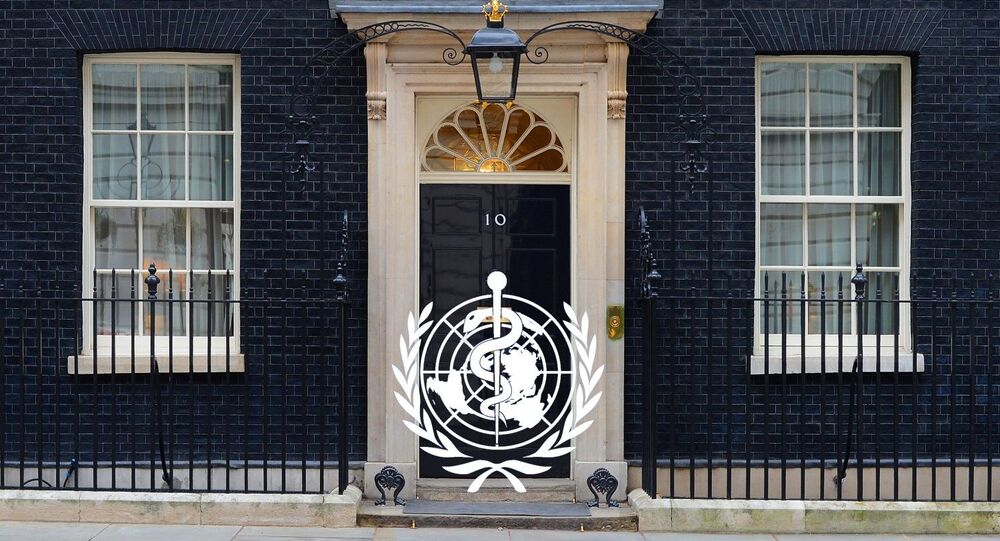 A former high-level MI6 official has accused Beijing of "evading" responsibility for the ongoing coronavirus pandemic, it has been revealed. The news comes despite numerous official statements from Beijing hitting back at Western accusations in recent days.

Beijing was not honest about the Coronavirus pandemic and would face 'anger' from international leaders, former MI6 head, Sir John Sawers, told the BBC Radio 4's Today programme on Wednesday.

US president Donald Trump should also express his anger at China rather than the United Nations, he said, adding that the World Health Organisation (WHO) would soon face 'serious questions' for failing to scrutinise the country.

"There is deep anger in America at what they see as having been inflicted on us all by China, and China is evading a good deal of responsibility for the origin of the virus, for failing to deal with it initially," Sir John said as quoted by Daily Mail.

Despite this, the West could not find a way out of the pandemic without working with China, stating: "The world will not be the same after the virus as it was before.

The Chinese were "indeed concealing [the pandemic] from the West" in December and January, Sir John said, without providing further evidence.

Officials in the US and UK should "hold China responsible for those issues that the WHO", he told the BBC, adding that it did not "excuse the head of the WHO [Tedros Adhanom Ghebreyesus] for failing to make "the right demands" of China.

"'I think the WHO has got serious questions to answer about its performance, but anger should be directed against China rather than the UN agencies," he concluded.

The comments come hours after US president Donald Trump suspended funds to the WHO, citing bias towards China and the global organisation's alleged 'mismanaging' of the Coronavirus outbreak.

The news comes a day after a major Policy Exchange think-tank forum was held on Tuesday lambasted the West's policy towards China.

Many of the guests voiced concerns about the world's second-largest economy amid the pandemic, with Lord Hague calling for a "strategically independent" relationship between Beijing and the West, and Lt Gen McMaster stating that the US needed to "get a backbone" in dealing with Chinese.

The event came just a month after nearly 40 Tory rebel MPs tabled measures to block Chinese telecom giant Huawei from building Britain's 5G networks, with the bill being voted down in Commons.

Despite accusations from Western leaders, China made numerous efforts to warn global leaders of the virus, according to official statements.

Chinese foreign ministry spokesman, Zhao Lijian, denounced Washington's suspension of funds to the WHO and urged US officials to uphold their responsibilities, adding that Beijing had contributed $20m to help the organisation fight the COVID-19 pandemic, SCMP reported on Wednesday.

“China expresses serious concerns over the decision by the US,” Mr Zhao said in the presser, adding that the WHO was "irreplacable".

He added: “The decision of the US will weaken the WHO’s ability to handle the pandemic, especially the nations whose capabilities are not well developed.

Chinese foreign ministry spokeswoman and director general of the Department of Information, Hua Chunying, hit back at previous accusations on Saturday, stating that China was the first to report the deadly disease and had responded "openly, transparently and responsibly", containing the spread in roughly two months.

The US had been "formally notified" in early January and US experts had visited China in late January, she said, adding the US consulate in Wuhan had closed on 25 January, she noted.

But the US had closed its borders to China on 2 February, with the spokeswoman adding: "Unfortunately, two months on, the US has the most infections and deaths.

​A Facebook post from the Russian Foreign Ministry, cited by China's Central Television (CCTV), said that the attempts of some states to "shifting responsibility to others" for worsening conditions were "worrying".

Responding to the comments, Mr Zhao said in a statement on Monday: "Russia has expressed an objective and fair position. China commends that.

China had repeatedly stated that the "international community can only prevail" by cooperating for a "shared future for mankind", Mr Zhao said.

But countries should "transcend ideological differences and refrain from groundless accusations and suspicions", namely by avoiding "politicizing anti-pandemic cooperation and shifting blame to others", he added.

Mr Zhao noted that the WHO had upheld an "objective, scientific and just position" while performing its duties amid the pandemic, adding that a statement from the Extraordinary G20 Leaders' Summit on COVID-19 had stressed that member-states would back efforts made by the international health body.

He concluded: "At present, the pandemic is spreading all over the world. The international community should work together to defeat this common enemy.