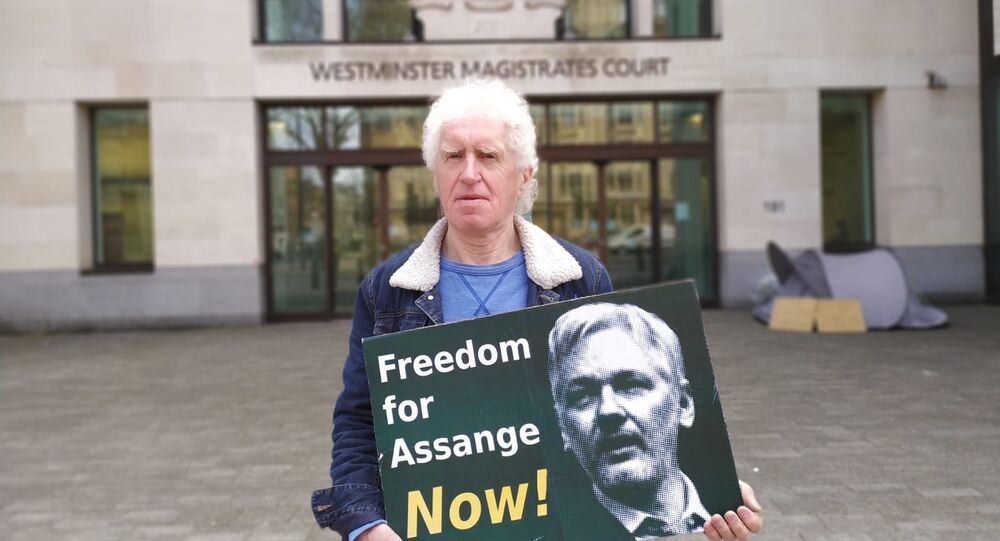 The second part of Julian Assange's substantive extradition hearings is set to begin on 18 May 2020, when expert testimony will be presented by the defence and the prosecution.

Judge Vanessa Baraitser decided on Tuesday that Julian Assange's substantive extradition hearings will re-commence as originally planned, despite pleas from his defence team that COVID-19 related restrictions will make it impossible for him to have a fair hearing.

Edward Fitzgerald QC, speaking for the defence via telephone link, told the court that it would be impossible for Assange to have "equality of arms" with the prosecution on due to the impossibility of their client instructing his legal team while locked down in the Belmarsh maximum-security prison. Fitzgerald detailed how the restrictions now in place by the government mean that they can't visit the WikiLeaks founder in prison, and that the video conferencing facilities are rarely suitable, even when they are available.

"As you will be aware, there is a long history of problems [in having] access to him, even before the outbreak of COVID-19", Fitzgerald told the court.

James Leiws QC, speaking for the US government, said he recognised there will "considerable difficulties" in holding the substantive extradition hearings in May. He said the US government remains neutral on the matter, noting only that they will be ready for the substantive hearings to recommence in May if one of their medical experts is able to visit Assange in prison examine him.

But while the judge determined that parts of the substantive extradition hearings will likely have to be delayed, "to take place over the summer, likely July", she was not convinced that circumstances, as they currently stand, warrant the hearings being postponed.

Baraitser explained her decision almost immediately. She said that her current view is that 18 May is "still five weeks away" and the global picture is still unclear and rapidly changing.

"I can't assume the courts won't be operating normally by then", the judge said. She also added that, "in relation to contested [extradition] hearings at this courthouse, these are expected and intended to resume from 20 April, in two weeks' time, with the requested person attending in hearing in person".

She said that "with this in mind" it's her intention to, "hear as much of this case as possible in May".

"Assange is in custody and there is real urgency to this case being heard to its conclusion. At [the] hearing in May it is entirely possible for some witnesses….. to appear using video link. The use of video link for witnesses is routinely made and would be entirely appropriate", she added.

The district judge said that her decision would be subject to review should matters change. The proceedings were constantly interrupted by the teleconference voice announcing people joining and leaving the conference call, as lawyers and journalists either decided to leave the hearings or found themselves being kicked off the system.

Baraitser adjourned the extradition hearing until 22 April for a "non-effective" admin hearing to be held in Belmarsh Magistrates' Court, "in the hope additional instructions can be taken from Assange [by his legal team] - and for no other purpose".