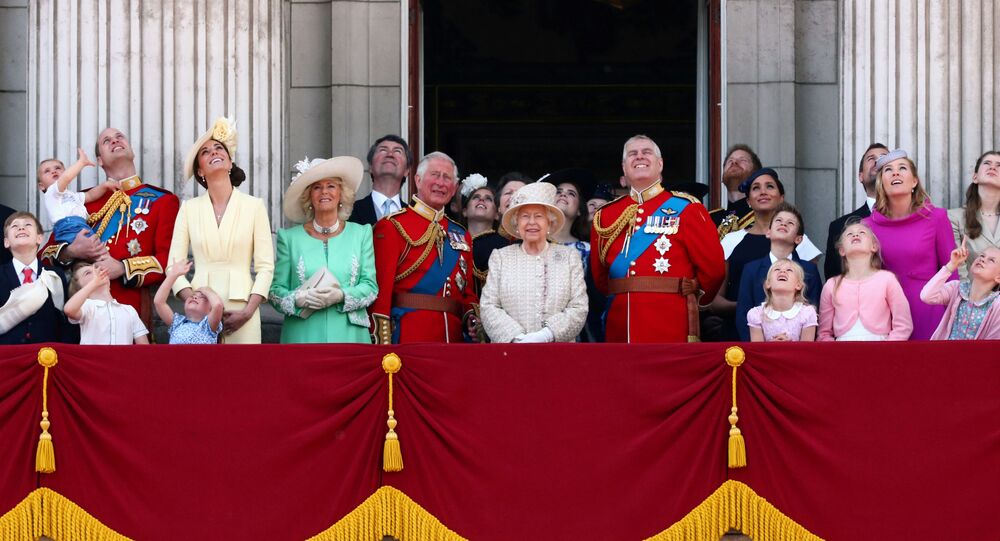 The ceremony has been held on the British monarch's birthday for at least 260 years, but this year's coronavirus pandemic appears to have thrown a spanner in the works.

The traditional Trooping the Colour parade, scheduled for 13 June, "will not go ahead in its traditional form", according to Buckingham Palace. Per reports, officials are considering a "number of other options in line with relevant guidance".

The event usually features a military parade in London, with troops and musicians walking through the city and past Buckingham Palace, where the Royal Family watches the servicemen and an RAF flyover.

© AP Photo / Stefan Rousseau/PA via AP
A Sikh member of the Coldstream Guards, center, wears a turban as he takes part in the Colonel's Review, the final rehearsal for Trooping the Colour, the Queen's annual birthday parade, in London, Saturday, June 2, 2018.

Authorities are attempting to curb the coronavirus outbreak in the country, as at least 14,500 people are infected, including Prime Minister Boris Johnson and Prince Charles, who are both in self-isolation with a mild form of the disease. So far, over 750 have succumbed to the virus in the United Kingdom.