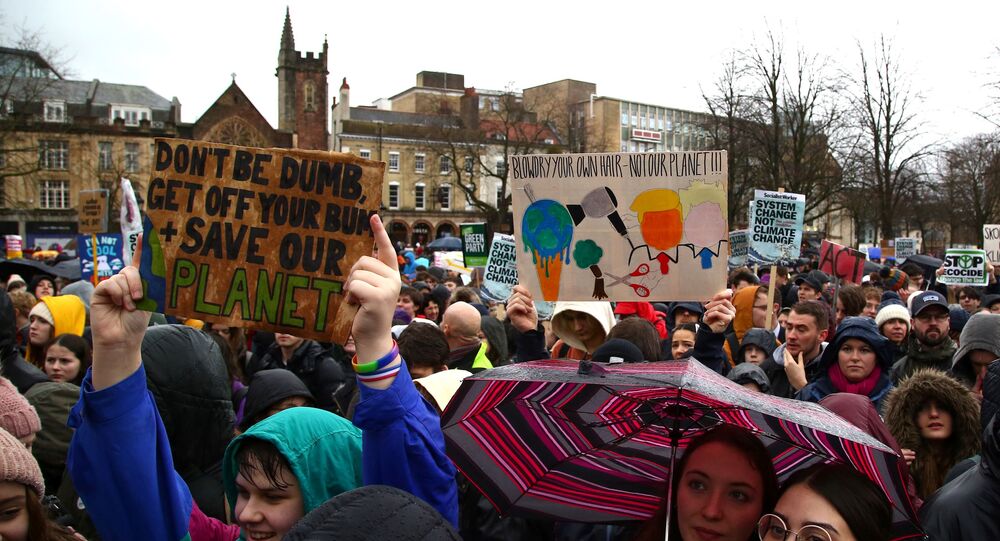 According to various estimates, from 15,000 up to 30,000 people attended the Bristol Youth Strike 4 Climate rally last Friday, which took place on Bristol's College Green.

The residents of Bristol are angry at popular eco-activist Greta Thunberg after her supporters ruined the city's historic green.

Tens of thousands of people attended a climate change rally where Thunberg gave a speech before leading a march around Bristol.

In rainy weather, much of the grass where people stood turned into mud.

A fundraiser was set up after the rally, with some people calling on the organisers to compensate for the damaged green.

Jon Usher, head of partnerships of Bristol-based charity Sustrans, who set up a GoFundMe page, said, as quoted by BBC:

"I did it knowing how important the green is to our staff as a place to go in the spring and summertime. I thought it would be nice to give something back to the city."

The aftermath of the Bristol rally has been widely discussed on social media.

OH THE IRONY
A fundraising page has been set up to repair College Green in Bristol after it was turned into a mud bath by crowds at today's climate strike. Thousands of people gathered in the rain to listen to Greta Thunberg deliver her message on protecting the environment. pic.twitter.com/LTUBvaL2pq

So environment lovers wrecked the environment! You couldn't write it.

Instead of crowdfunding, why don't those who were there give up their pocket money and pay to repair the damage themselves

I think @GretaThunberg should be paying to repair this. It’s her spouting nonsense that caused it.

They cry about climate change and destroy the grass that they are so supposed to defending!! Isn’t it Ironic???