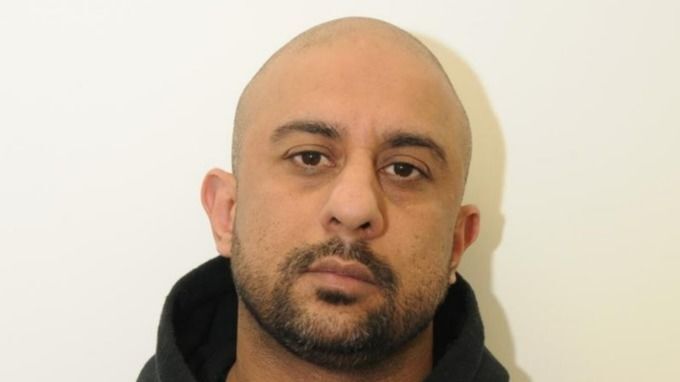 Mohammed Zahir Khan, 42, was due to be freed from prison on 28 February, after serving half of his sentence for encouraging terrorism. He was jailed in May 2018 for posting in support of Daesh online and calling for a "year of fear.”

Emergency legislation to block the automatic release of people who were convicted of terror offences has come into law.

Around 50 prisoners who were due to be released after serving half of their sentences will now have to wait until they have done two-thirds of their jail time and are considered fit for release by the Parole Board.

The legislation was rushed through Parliament – and given Royal Assent on 26 February – after Sudesh Amman was gunned down by police as he stabbed shoppers in Streatham, south London earlier this month.

Coming Soon to a home near you:
Mohammed Zahir Khan called for a "year of fear" and posted comments saying there was "nothing wrong with chopping off heads of your enemies" 😱#politicslive #bbcnews #newsnight #skynews #c4news https://t.co/uc0SJqet81

​Amman, 20, had been staying in a bail hostel after being released from prison, where he served half of a three year sentence he was given in December 2018 for sharing terrorist material.

There was widespread public alarm that Amman had been allowed out and the government pushed through the Terrorist Offenders (Restriction of Early Release) Bill.

The Bill does not apply to Northern Ireland but the government said there was no need for "immediate measures" in Ulster as none of the 50 were serving their sentences there.

The first person whose release will be delayed will be Mohammed Zahir Khan, a shopkeeper from Sunderland in north-east England, who was convicted of spreading *Daesh propaganda online.

Justice Secretary Robert Buckland said on Wednesday: "No terrorist should be released early only to kill and maim on our streets. Protecting the public is the government's first duty and our message is clear - enough is enough.

"From today, terrorist offenders will only be released before the end of their sentence if the independent Parole Board is satisfied they no longer pose a threat, and they will face the strictest possible conditions and monitoring upon release."