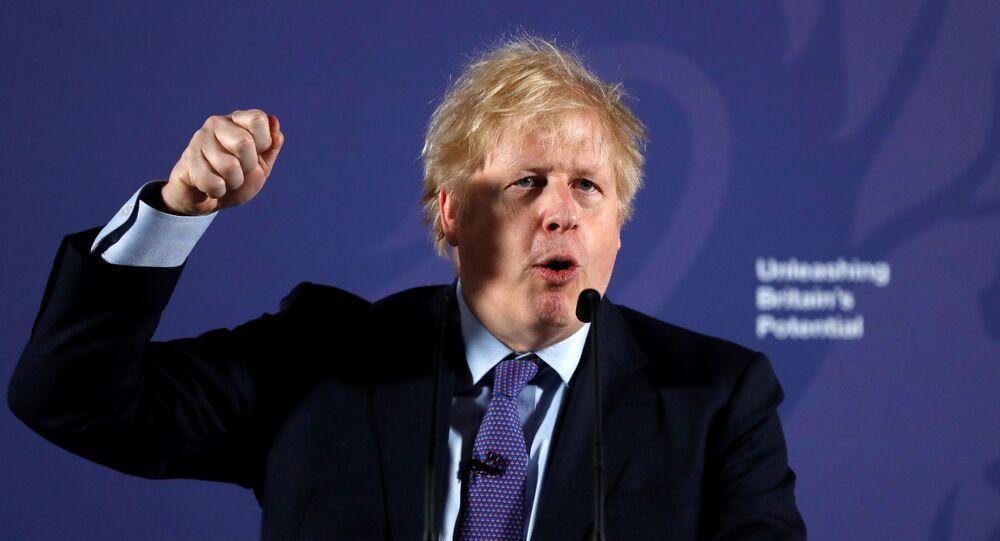 UK Prime Minister Boris Johnson announced plans during elections in December to conduct a massive review of Britain's defence arsenal, the most comprehensive since the Cold War.

Boris Johnson has ordered a major overhaul of Britain’s defence sector as part of a government review to determine the county’s post-Brexit course and ensure the nation is prepared for any potential threats, the BBC reported.

For the first time in decades, it will also cover the UK’s overseas operations, including aid cash.

Announcing the review, Boris said last night: “We must do more to adapt. We will be judged by how we respond to the opportunities ahead", noting the UK could not "rest on our laurels”.

“As the world changes we must move with it – harnessing new technologies and ways of thinking to ensure British foreign policy is rooted firmly in our national interests, now and in the decades ahead", the prime minister explained.

The government says it is set to "utilise expertise from both inside and outside government for the review, ensuring the UK's best foreign policy minds are feeding into its conclusions and offering constructive challenges to traditional Whitehall assumptions and thinking”.

The UK's last comprehensive security and defence review was completed in late 2015, before Britain voted to leave the EU. The new one, first announced by Johnson during his election as the “biggest since the Cold War” is expected to be outlined in a formal statement later on.

“Well that will keep Dominic busy!” one exclaimed adding a hilarious gif-image:

“Is that fancy journalist talk for Brexit?” A second likewise opted for a jocular tone, while a third suggested it could be all dancing to Donald Trump’s tune:

“Let me guess... the US says jump and we say how high? Obviously. But who is telling the US to jump? the user asked.

Many seem rather pessimistic about Johnson’s course, with some even demonstrating why:

Strengthen military.
Lower consumer protection.
Lower employmee rights.
Allow buisnesses to profit from lower standards.
Keep the rich and stupid happy, whilst screwing over 99% if the population.
Worked in America for years

…while one user openly queried if Britain could “no longer afford to be part of NATO", after its divorce from the EU:

Who's prepared to bet it concludes we can no longer afford to be part of NATO and defend our allies?

And a different user suggested Britain had already made itself “irrelevant” on the international arena:

"Mr Johnson said the UK could not "rest on our laurels" adding: "We will be judged by how we respond to the opportunities ahead." re Foreign Policy review.

No, the rest of the world won't bother judging us, as we have at a stroke made ourselves irrelevant on the world stage

Some, meanwhile, wondered who would be in charge of the historic overhaul:

So who’s really going to carry out the review of foreign, defence and security policy that Johnson has announced? Johnson is lazy and incapable of absorbing detail. Surely it’s far-right Cummings, obsessed with big ideas that he doesn’t understand. First #ReleaseTheRussiaReport.

The 2019 Tory Manifesto promised that the UK would continue to spend 0.7% of gross national income on international aid. More recently, the party also said it would boost the NATO target of spending 2% of gross domestic product on defence, while Whitehall eyes a trade agreement with the US. The latter is understood to have been complicated by Britain’s move last month to partly allow Huawei, blacklisted by Washington, into its domestic market.