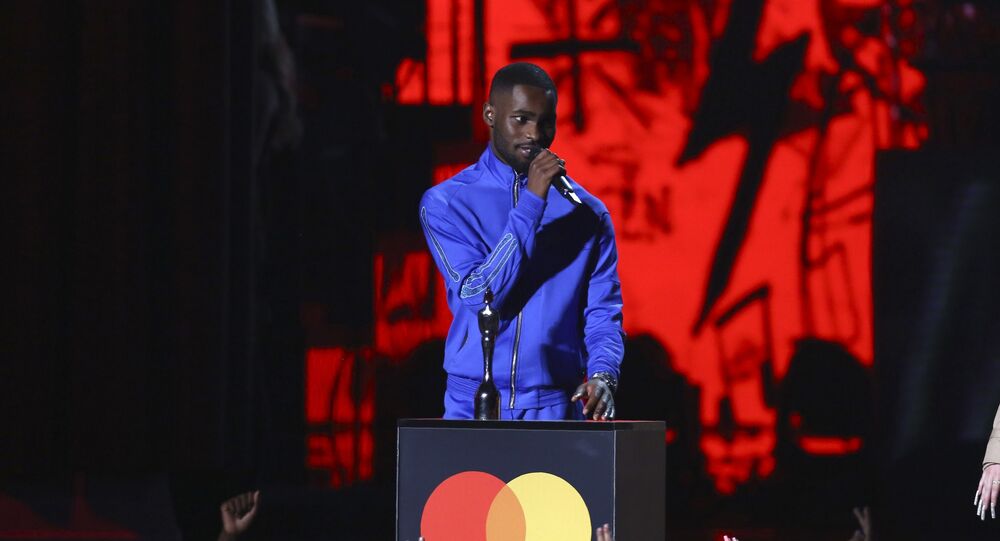 The Brit Awards is the biggest night of the year for the UK music industry, with awards handed out to the best pop, rap, and R&B acts. This year the awards were dominated by Scottish singer Lewis Capaldi, US artist Billie Eilish, and UK rappers Stormzy and Dave.

Dave, a London rapper whose brother is in jail serving life for murder, has branded Prime Minister Boris Johnson a "real racist". He also called out the press’s treatment of Prince Harry's wife Meghan Markle, whose mother is African-American, while on stage at the Brit Awards on Tuesday, 18 February, during a live performance.

"It is racist whether or not it feels racist, the truth is our prime minister's a real racist. Now if you don't want to get it then you are never gonna get it, how the news treats Kate versus how they treated Meghan".

The song’s lyrics also contain references to the Grenfell Tower fire and to the treatment of the Windrush generation by the Conservative government.

Dave, 21, was later awarded the Best Album Award for Psychodrama.

​Downing Street said the prime minister would not be commenting on events at the Brit Awards but Home Secretary Priti Patel defended him in an interview with the BBC.

She said: "I work with the prime minister, I know Boris Johnson very well, no way is he a racist, so I think that is a completely wrong comment and it's the wrong assertion to make against our prime minister."

Dave's comments have been largely applauded on social media, with many people referring to the deportation of convicted criminals to Jamaica last week.

What can I say to get the most publicity....... 🤔🙄 pic.twitter.com/SgneJbwfAB

Dave called Boris Johnson a 'real racist' at the #Brits2020.

By extension Dave, whoever he is (pic below), is calling everyone who supports Boris Johnson, the leader of our country, a racist... AND the #MSM gives a platform for him to do this.

This is really not OK! pic.twitter.com/tQ5AJEm7d3

​Dave's brother Christopher Omoregie, 19, was was given a life sentence for murder in April 2013 for the murder of 15-year-old Sofyen Belamouadden, who was killed in a gang fight at London's Victoria Station. Omoregie, who was given a minimum term of 18 years after being convicted by the law of joint enterprise, has controversially appeared in the background on one of Dave's songs.

The Brit Awards have recognised the cream of British music since they were first held in 1977.

​British artists account for 12.5 percent of album sales worldwide, according to figures from BPI, which represents the British music industry.