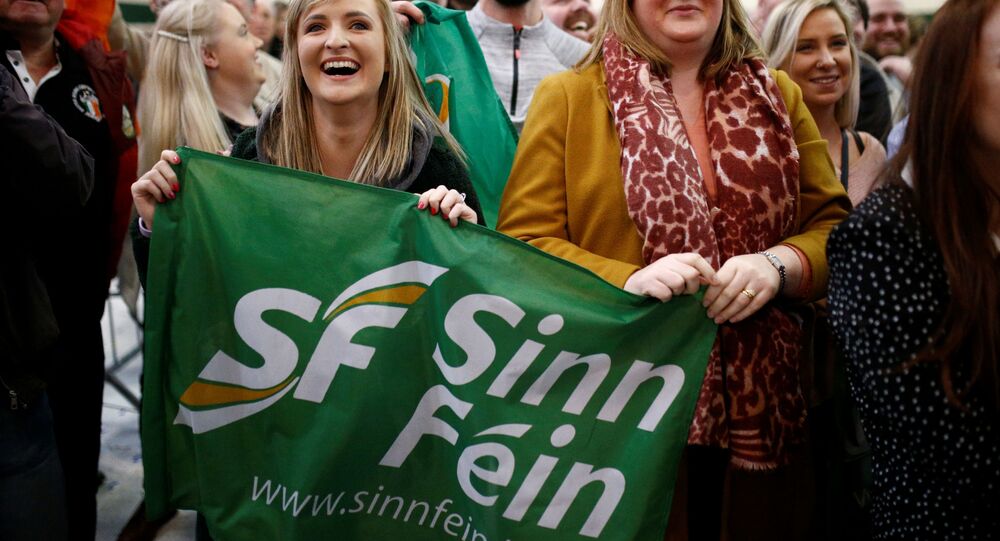 LONDON (Sputnik) - The general election in Ireland spelled the breakdown of the traditional two-party system. Fianna Fail, the country's main opposition party, after all votes cast in the 8 February elections were counted, secured 38 seats in parliament. Sinn Fein gained 37 seats, and the ruling Fine Gael got 35 mandates.

Since 2016, Ireland has been governed by a cabinet formed by Fine Gael with the support of independent lawmakers. On 14 January, Ireland's Michael Higgins dissolved the lower house at the request of Prime Minister Leo Varadkar.

According to the prime minister, among the main factors that encouraged him to reschedule the vote for February instead of summer 2020 - as it was initially planned - were changes in the balance of power between Irish parties and approval of the EU withdrawal bill by the UK House of Commons.

Varadkar stated that his government achieved noticeable results over the past two years, but added that much more needed to be done, pointing at the need for fairer taxes in the country, increase in the cost of living, progress in housing, healthcare and climate action.

© AP Photo / NIALL CARSON
Ireland Goes to Polls With Choice Between Three Parties Whose Roots Go Back to Country’s Civil War
Sinn Fein is an Irish republican political party - which is vying for Ireland’s reunification with the northern territories under the British rule. Both Fine Gael and Fianna Fail have reportedly insisted for years they would not govern with Sinn Fein, citing a difference in economic policies. Sinn Fein has campaigned for a better healthcare system and better availability of housing, apart from the idea of Irish unity.

A coalition of two of the three parties would reportedly require the support of other Irish lawmakers and smaller parties. Notably, talks to form the last government in 2016 lasted more than two months.

The new, hugely fractured, 160-seat parliament is scheduled to meet for the first time on 20 February.