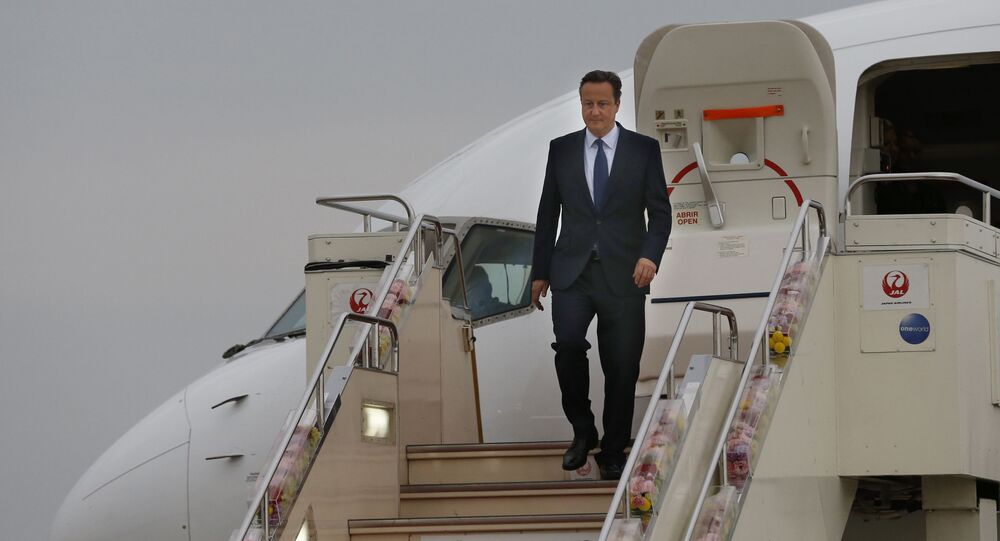 David Cameron’s bodyguard is being investigated after leaving a gun in the plane's toilet cabin, the Daily Mail reports.

It is understood that a passenger travelling from New York to London on a British Airways flight found the bodyguard’s 9mm Glock 17 pistol, along with passports belonging to the officer and the former prime minister.

“A guy started to show pictures on his phone of a gun and two passports – one was David Cameron’s – he said he found in the toilet,” a passenger was quoted as saying.

“They were just resting on the side by the sink. He was stunned by what he saw. Later the man pointed out the bodyguard as he came through our section. He was dressed casually, which surprised me, in jeans and a black and grey striped top.”

The Metropolitan Police Service told the Daily Mail: “We are aware of the incident on a flight into the UK on February 3 and the officer involved has since been removed from operational duties. We are taking this matter extremely seriously and an internal investigation is taking place.”

The Met also said that this means the guard “is not undertaking any frontline duties within his command, but he has not been suspended.”

Who guards the PMs?

David Cameron, who was reportedly spending the weekend in New York with his wife, has got police protection for life from the Met’s royalty and specialist protection command, which also provides round-the-clock security for incumbent prime ministers, members of the royal family, cabinet ministers, diplomats, visiting heads of state, and other individuals deemed to be at risk.

Have there been any other mishaps?

A similar incident happened in August 2008, when Tony Blair’s female bodyguard left a loaded 9mm Glock 17 pistol in the restroom of a Starbucks coffee shop in London.

Three months later, another of Blair's guards accidentally fired his handgun at Israel's Ben-Gurion Airport as the prime minister was boarding a plane. Nobody was hurt, as the bullet hit the ground.

But perhaps the most notorious incident involving the prime ministerial security detail took place in October 2014, when a member of the public bumped into David Cameron in Leeds during a lunchtime jog. The man, who was briefly arrested, maintained that he did not see the prime minister and said he only realised that he had collided with Cameron an hour after he got arrested.

He also said: “It begs the question – how good is Cameron's security if I managed to run between it before they stopped me?”

This story has been corrected. The original version mistakenly suggested that the officer was suspended, although he was actually merely “removed from operational duties”.