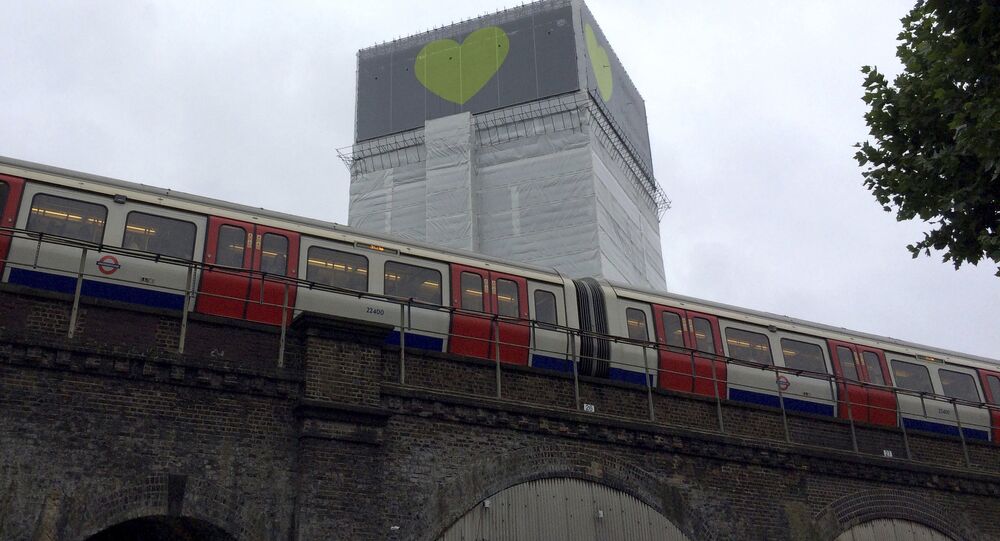 MOSCOW (Sputnik) - Arconic, the company that produced cladding panels that were fitted in Grenfell Tower, the London residential block in which 72 people died during a blaze in 2017, knew that their product was substandard, an inquiry into the disaster heard on Monday, as reported by The Guardian newspaper.

According to the newspaper, an Arconic employee stated that the fire safety rating of the cladding panels had fallen from class E to class B, in internal emails sent in 2011, making the panels unsuitable for use in any building facades in Europe. The panels were fitted to the tower during the refurbishment that took place between 2014 and 2016, the newspaper reported.

Marcus Taverner, a lawyer for the main contractor of the refurbishment project Rydon, introduced the emails to argue that Arconic had failed to fully disclose the safety rating of the cladding panels. According to Taverner, Arconic continued to sell the panels with the class B safety rating advertised, the newspaper stated.

Earlier in the day, legal counsel to the inquiry Richard Millett told the audience at the first day of a new phase of the inquiry in London that many of the involved parties had engaged in a "merry-go-round of buck-passing" by failing to take responsibility for the deadly blaze, as quoted by the newspaper.

"A member of the public reading these statements would be forced to conclude that everyone involved in the refurbishment of Grenfell Tower did what they were supposed to do and nobody made any causative mistakes", Millett remarked, as quoted by the newspaper.

In June 2017, a massive fire broke out in Grenfell Tower, a 24-storey residential building in west London, killing 72 and injuring more than 70 others. Earlier findings of an investigation into the Grenfell Tower fire found many violations of fire safety standards, such as flammable materials used for the cladding. Following the incident, the UK government launched a series of combustibility tests of high-rise residential buildings across the country, which revealed that 262 buildings used the same or similar cladding.