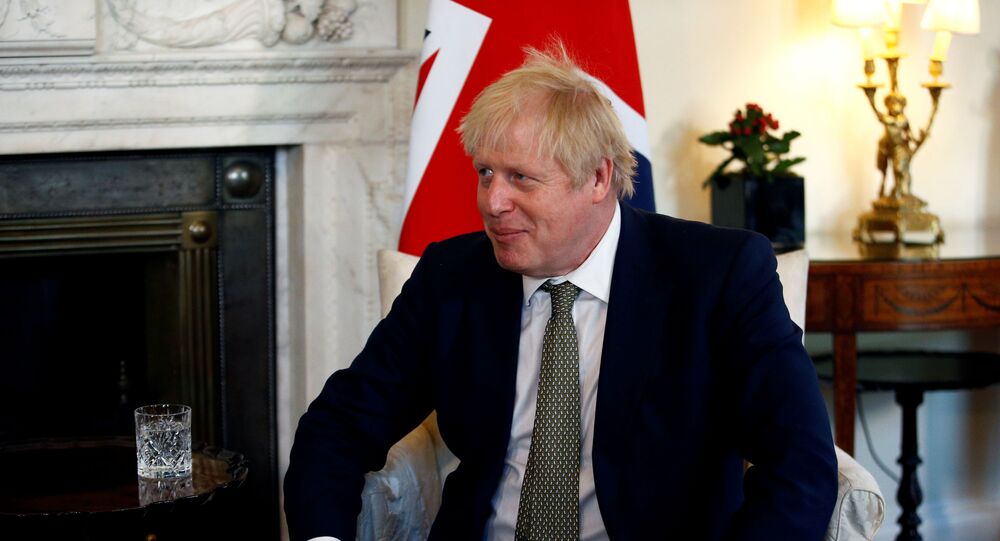 On Wednesday, the Brexit Bill cleared the British parliament and is now being sent to the Queen to allow the UK to exit from the EU on 31 January.

In a keynote speech on 31 January, Prime Minister Boris Johnson is expected to pledge to “mobilise the full breadth” of the country’s new freedoms following Brexit, according to a memo obtained by The Daily Mail.

The newspaper reported that the memo had been compiled as a basis for Johnson’s Brexit televised address next week.

In the speech, he is due to call for national healing and unity, also making clear that after Brexit, the UK will expand a whole array of freedoms for Britons, including those related to fishing, immigration and trade.

Additionally, Johnson is set to announce “the start of a new chapter in the history of our country, in which we come together and move forward united, unleashing the enormous potential of the British people”.

The British Prime Minister is also expected to promise “to mobilise the full breadth of our new freedoms – from encouraging technology and innovation, to signing new free trade deals around the world”.

“As we maximise all the freedoms the British people voted to grasp, we must also work to heal divisions […] and reunite our communities,” Johnson will underscore.

The memo was leaked after the Brexit Bill, also known as the EU Withdrawal Agreement Bill, passed the UK parliament and is now set to become a law as soon as it is signed by the Queen.

The document was approved after the House of Lords decided to back down after its five amendments were rejected by the House of Commons.

The UK withdraws from the EU on 31 January, in what is due to be followed by a transition period which stipulates negotiations on post-Brexit trade cooperation.