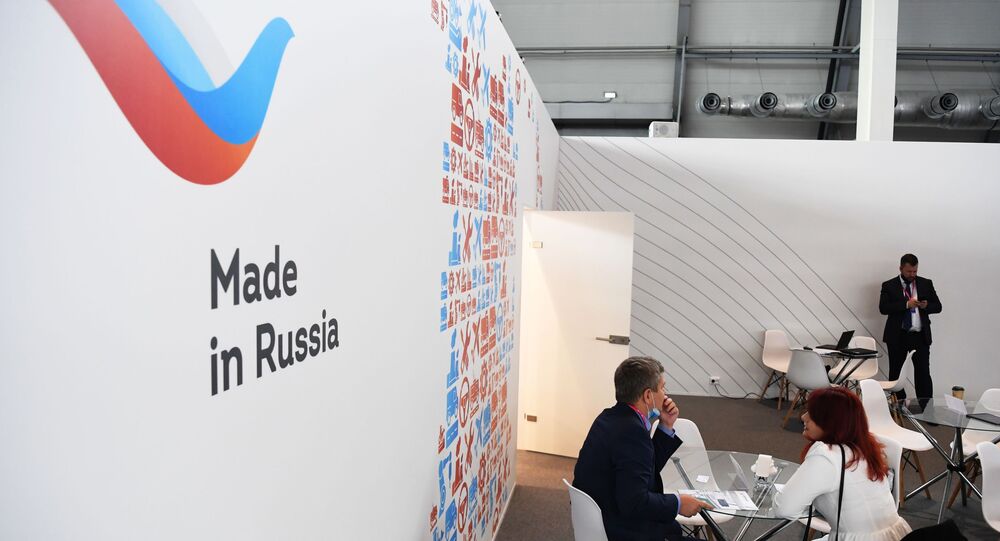 The REC has been given exclusive authority to open a network of national stores on international marketplaces, the REC's press service has announced.

"The Russian government has given the Russian Export Centre special powers to develop a network of national stores for Russian goods on international online marketplaces. The relevant decree was signed on 7 July 2021 and published today", the REC reported.

"The development of a network of national stores is a special project by the REC designed to provide a 'quick start' opportunity for exporters in foreign markets via the competence and analysis of a local operator administering the operation of a national store and trust in goods on the online shelf with a 'national' status. This is particularly important for small companies", Russian Export Centre CEO Veronika Nikishina said.
The first such national store was opened by the REC in 2019 on the Chinese marketplace Tmall.com.

Since last November, 110 domestic companies from 37 regions around the country have taken advantage of its opportunities, concluding more than 1.3 million retail export deals online. By December 2020, the advantages of national stores were presented to the prime minister as part of the international export forum "Made in Russia".

Working on the development of the popular area of e-commerce in June 2021 within the framework of SPIEF-2021, the REC and "Russian Post" agreed to open a second national store on the German segment of Amazon.

The REC was tasked with expending the network of national stores in key export markets by a decision of the Russian government. Thus, a clear, simple, and financially optimal export algorithm will be created for Russian exporters, based on the capabilities of online channels with the prospect of reaching wholesale supplies and off-line shelves in foreign commercial networks, the REC's press service added.